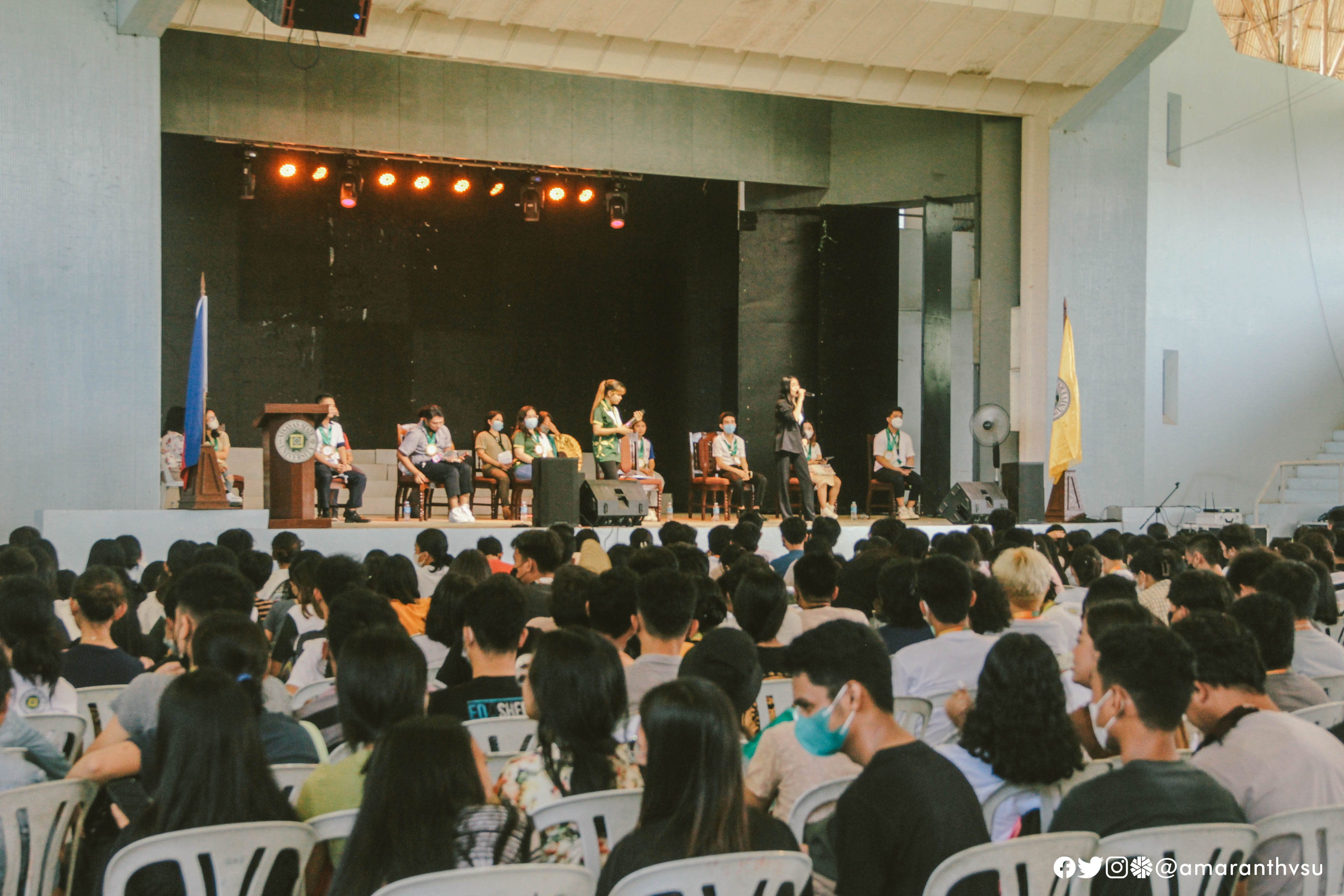 Present at the event were USSC-Baybay President Hon. Feliciano Manuel C. Matibag IV and officials, respective College Supreme Student Council presidents, and other officers as they discussed their organizational structure, constitution and by-laws, and future plans for the student body.

"My goal is to become someone in service that has a heart to inspire others. Don’t limit yourself and always be open to opportunities. Be open to new events. Learn from them and let it function as an opportunity to stretch your wings," said Hon. Matibag during his opening remarks.

Student Regent and Chairperson of the University Supreme Student Council Federation (USSCF) Hon. Princess Rey Anne Lene Romo also attended the event and sought to clarify the distinction between the USSC and the USSCF.

In an interview with Amaranth, Hon. Romo explained that the USSCF specifically focuses on the diplomatic side of student leadership and serves as the highest student governing body in the entire VSU system that supervises each USSC and College Supreme Student Council (CSSC) present on every campus.

“USSC is the highest student governing body present on every campus. Basically, there is one USSC for every existing campus in the VSU System. They serve as our channels for receiving student concerns that are to be relayed to the Federation. On the other hand, USSCF is the highest student governing body in the entire system. All USSCs and CSSCs are under this body, and are represented by their presidents.”

Furthermore, the Amaranth, VSU's official student media organization, underwent a plebiscite during the event for the ratification of their charter, as voted by the whole studentry.

Before proceeding to the voting, Amaranth’s Executive Editor Marielle Angelica Ogaya, Managing Editor Xavier John Villaruel, and Business Manager Angel Llarenas presented the Amaranth Charter to explain the mechanisms for the staff to their duty and how they should represent the students’ voice.
The plebiscite was managed by the University Student Election Board (SEB) and the Student Election Board-Baybay and the ratification of their charter will affirm the structure and mechanism of the Amaranth as a media organization.