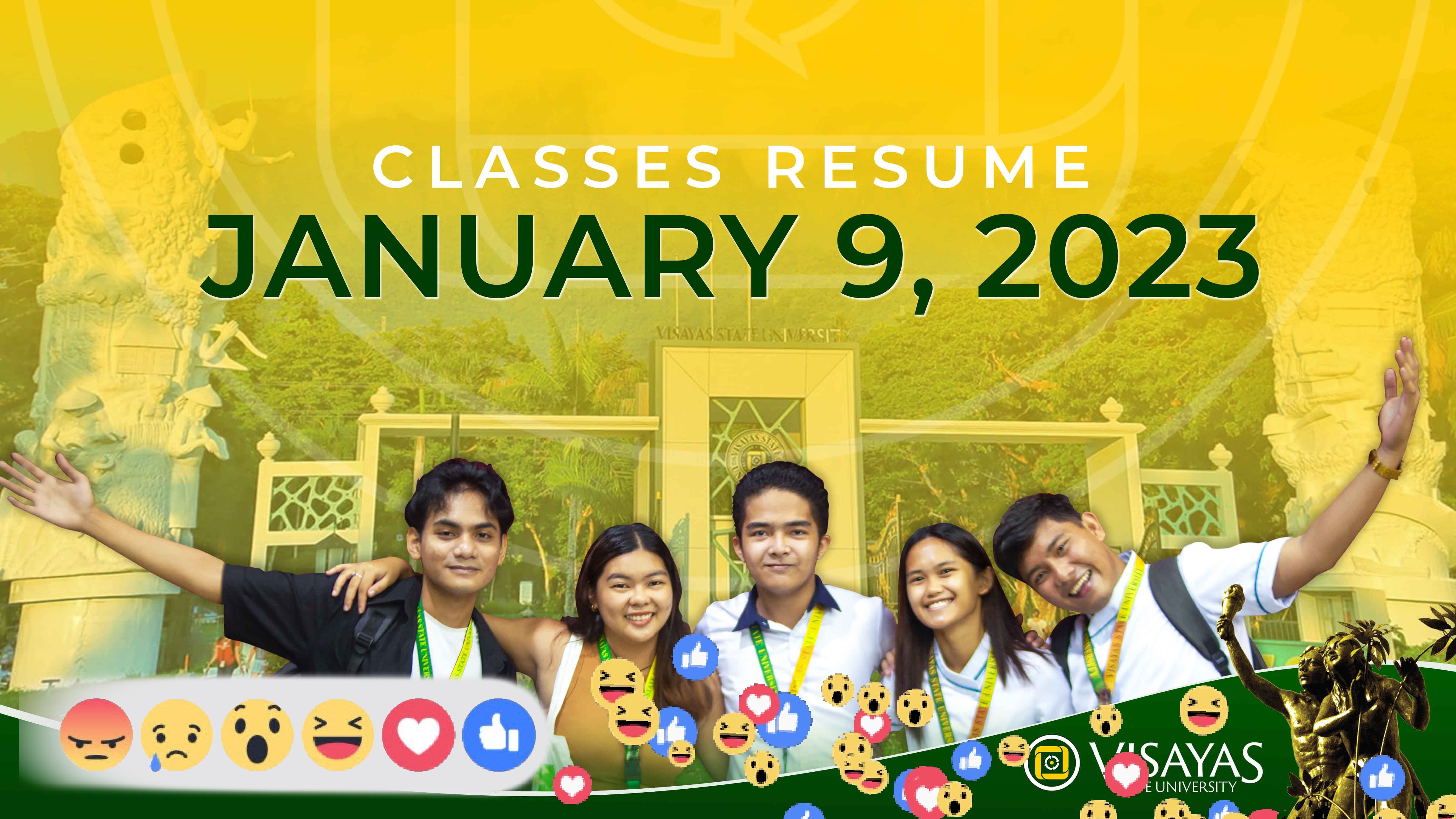 The VSU stakeholders raised mixed reactions on the postponement of the resumption of classes in the VSU System from January 4 to January 9 which was approved and announced today, January 2, by the University Administrative Council (UADCO).

The University Supreme Student Council Federation (USSCF), in a letter to the Office of the President (OP) dated December 29, 2022, requested to move the resumption of classes to either January 5 or January 9. The letter highlighted various reasons for the request including the tight travel time of stakeholders coming from outside Leyte. The decision came to term late afternoon today, January 2, ultimately favoring January 9 for the resumption of classes.

While some were delighted by the announcement, some students and faculty hailing outside Leyte expressed their opinion on the matter citing some of them have already made travel arrangements, en route to or are already in Baybay City to prepare for the initial schedule of return to classes on January 4.

“No problem on the extension (of vacation days) itself, it’s the timing of the announcement,” said a transient student from Cebu who requested anonymity.

“I got a little frustrated because a lot was missed out especially that I’m from Mindanao. The fare rate was expensive and the travel distance was far. I wasn’t happy with their announcement on the reason that I think it’s a little late,” said another student who also requested for anonymity.

In a Facebook post sharing the announcement, VSU President Edgardo E. Tulin cited the “erratic” weather condition as a factor for the safe return of students to the university.

“Most universities outside have their class resumption happening next week so I think it’s best that we also do the same. Hopefully, our students will use this as an opportunity to spend quality time with their families because the past Christmas season has been rough for us because of the pandemic and the challenges brought by Super Typhoon Odette [Rai],” added Dr. Tulin.

In an interview with Amaranth, USSCF Chairwoman and Student Regent Princess Rey Ann Lene Romo said that the request letter had to go through “right processes”, was sent to the OP on December 29, 2022, and was forwarded to UADCO on the 30th for a referendum.

“After sending it to the Office of the President, all we can do is follow up and patiently wait. Thankfully, it was forwarded for referendum sa UADCO the next day — which I think was as prompt as it could get especially kasi holidays and our officials also have families to take care of. Votes and opinions were solicited from the members rin.”

Romo expressed her apology on the matter but assured that they made sure to see through the process of the request.

“I really am sincerely sorry that it came in a bit late. I found out about the final decision just today as well when the announcement was already being drafted. We at the Federation of course understand why the students would feel that way, pero know that we didn't simply leave our request hanging and we surely made sure to see it through.”

The move will have a few implications including the revision of the Academic Calendar to meet the number of school days along with the rescheduling of the final exams and the second semester.