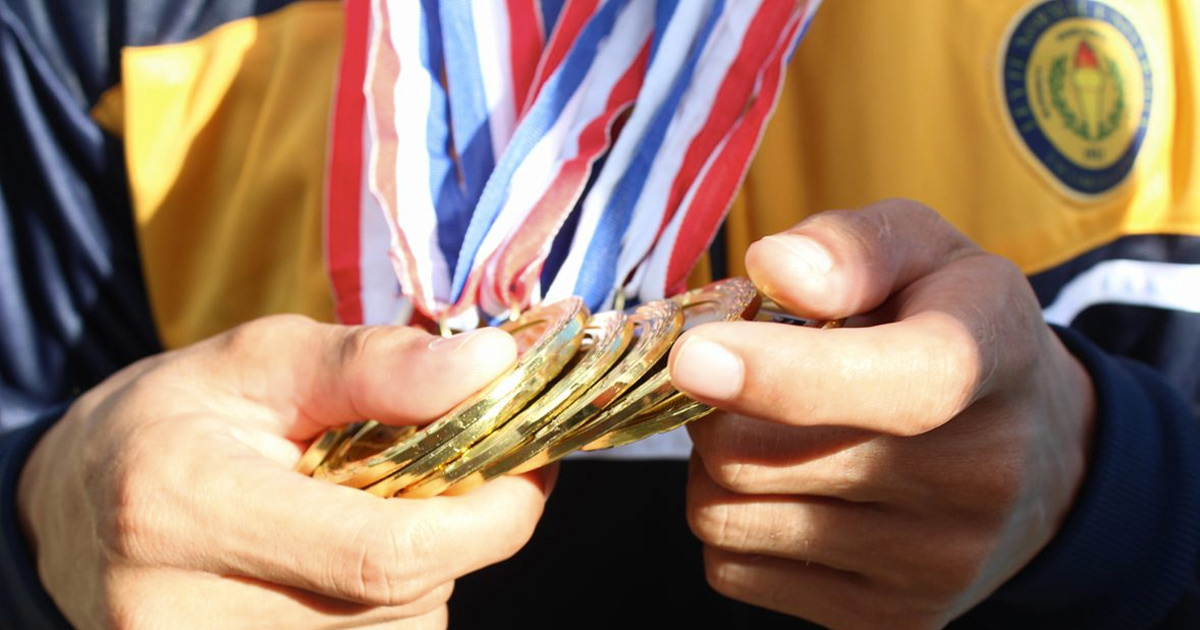 BAYBAY CITY, Leyte — The week-long regional SCUAA games at Naval, Biliran ended on Friday, October 29. During the closing and turnover ceremonies at the Naval State University gym, the host school announced overall champions for the individual and team categories.

This is the 32nd year of the regional games of SCUAA—short for State Colleges and Universities Athletic Association. The Eastern Visayas leg is composed of 11 state colleges and universities. It started as a dual meet between the former Visayas State College of Agriculture (ViSCA) and the University of the Philippines in the Visayas Tacloban College (UPVTC) in 1982. Since then, it has grown into the biggest sporting competition at the tertiary level in the region.

In the 32 years of the regional SCUAA games, certain controversies hounded this annual event. The most notable was the 1994 hosting of the University of Eastern Philippines (UEP), where a misunderstanding broke out between 4 competing schools who all declared themselves as overall champion based on different metrics. Back then, ViSCA (now VSU), SSU, LIT (now EVSU), and TTMIST (now NWSSU) all insisted on calling themselves ‘overall champion’ which led to a rather embarrassing conflict. Since then, the member schools decided not to declare an overall champion to prevent chaos, and to highlight the true purpose of SCUAA: Finding the best athletes to represent region eight.

Fast forward to 2016, Naval State University (NSU) hosted the SCUAA meet for the fourth time (1989, 1994, 2006 and 2016) featuring a grand opening ceremony that served as a welcome treat to almost 3,000 delegates coming from all over region 8. In the same event, NSU broke the 1994 agreement of not naming an overall champion by calling Leyte Normal University (LNU) as a three-time defending champion. This came as a surprise for some sports directors especially to Prof. Jerauld Lirios of LNU who felt uncomfortable for the label bestowed on them.

NSU at the very onset wanted to declare an overall winner, that is why they devised a pointing system that is similar to how tallying is done in Intramural games. With this, their secretariat manually tallied the results of both individual and team sports thereby coming up with a ranking for these two sporting categories.

READ: Why declaring an overall champion is destroying SCUAA’s purpose

Rankings according to NSU

Immediately after the closing and turnover ceremonies, Amaranth secured a copy of the official results from the NSU secretariat. The data in the photocopied document, signed by Bella Queipo, the head of secretariat for SCUAA 2016, was written manually on a pre-printed table. We encoded the data on a Google spreadsheet.

What we found out

With the help of people with experience in scorekeeping in SCUAA, we double-checked the results. We found glaring errors in how they came up with their tallies and rankings.

1. The counts for gold, silver, and bronze medals were lumped into one. In big games like the Olympics, rankings based on medal counts look at the gold first, then the silver and the bronze. In a situation where two teams have an equal number of medals, we consider the team with more golds as the superior. The secretariat did not follow this. Instead, they totalled all medals—gold, medal, and bronze—and the school with the most medals was ranked first, and so on.

2. They only accorded one medal for every win in the team sports category. In team sports, winners are supposed to get a number of “core medals” equivalent to the number of actual players in the sport. Volleybal, for example, has six players, so a victory means six gold medals for the winning team. However, the secretariat only counted one (1) medal for each team sport.

3. The silver medal for EVSU in sepak takraw was wrongly given to ESSU. The document we acquired indicated ESSU as winner for both silver and bronze medals which is impossible to happen as SCUAA guidelines only allow one representative for every sporting event. We clarified this with the tournament official of sepak takraw and they revealed to us that EVSU won silver while ESSU ended up with bronze. This error, though clerical, had serious implications in the announced team sport rankings, where each win meant only one medal count. We highlighted this error in red in the Google spreadsheet so that it can be easily located.

4. The bronze medal for SSU’s win in the Mr. SCUAA was wrongly placed as a gold medal in swimming. We realized that no bronze medal was added to SSU in Mr. & Ms. SCUAA even if SSU’s candidate was adjudged as second runner-up. We also noticed that one lone gold medal was tallied in SSU in the whole swimming event. We checked on our records of the results in swimming and we found out that the point for bronze medal for SSU’s Mr. SCUAA win was wrongly placed as gold medal in swimming. For ease in locating this anomaly, we highlighted this in red in the Google spreadsheet.

These mistakes in record-keeping meant that the host school could have announced the wrong results during the closing ceremonies. But how could the sports directors miss something like this right under their noses? Three reasons:

One, the secretariat kept everyone in the dark, including the sports directors. They did not release a partial medal tally at the end of each day, which is supposed to be a practice in SCUAA. Despite repeated requests from the Amaranth and other campus journalists, they refused to release any form of data for review until the games were finished. In fact, Amaranth is the only publication to have secured the medal tally from the secretariat right after the closing program, though not without persistent assertion.

Second, the secretariat assigned to tally results clearly had no background in properly presenting sports data. NSU should have assigned trained and experienced people to man the secretariat. And please, manually written results, seriously?

How to correct the error

The Amaranth sought the help of the head of SCUAA 2015 secretariat, Prof. Jean Sapan of VSU’s Institute of Human Kinetics, to make sense of the data that we have. To correct the results, we had to:

The results turned out to be different from what NSU announced, with big implications.

LNU remained as overall champion in individual sports, since its lead from the next school was hard to beat. But we saw a significant reshuffling of the runners up. In the team sports on the other hand, EVSU shot up from fourth place to become the overall champion, pushing VSU, LNU and UEP down the list.

Check these tables to see how different the results have become:

Finally, following last year’s practice of coming up with a final medal tally combining both individual sports and team sports, we have prepared the following table to show the total number of medals garnered by each participating school:

Amaranth worked with VSU’s sports director Dr. Aleli Villocino in generating the correct results because of our desire to truthfully present how schools really fared in SCUAA 2016.

Because of the gross inaccuracy of the NSU secretariat’s version of the results, we may have unduly withheld the credit from where it is due. EVSU, who raked in the most golds for team sports, was supposed to be recognized, not VSU. Both Dr. Villocino and VSU President Edgardo Tulin, when we presented them with these results, felt it appropriate for VSU to graciously give way.

We do not wish to rain on VSU’s parade, really, but we uphold and stand by the truth more than anything. Truth is the cornerstone and guiding light in our pursuit of excellence. Nonetheless, we are proud of what our delegation, Team VSU, has achieved given the very short preparation time brought about by the academic calendar shift.

We hope these mistakes do not happen again, because it is the integrity of holding these regional games that is at stake. As we revisit our commitment to the true purpose of SCUAA—to gather the best of the best to represent Region 8—let us recognize that we cannot do that without embracing the truth, the whole truth, and nothing but the truth.