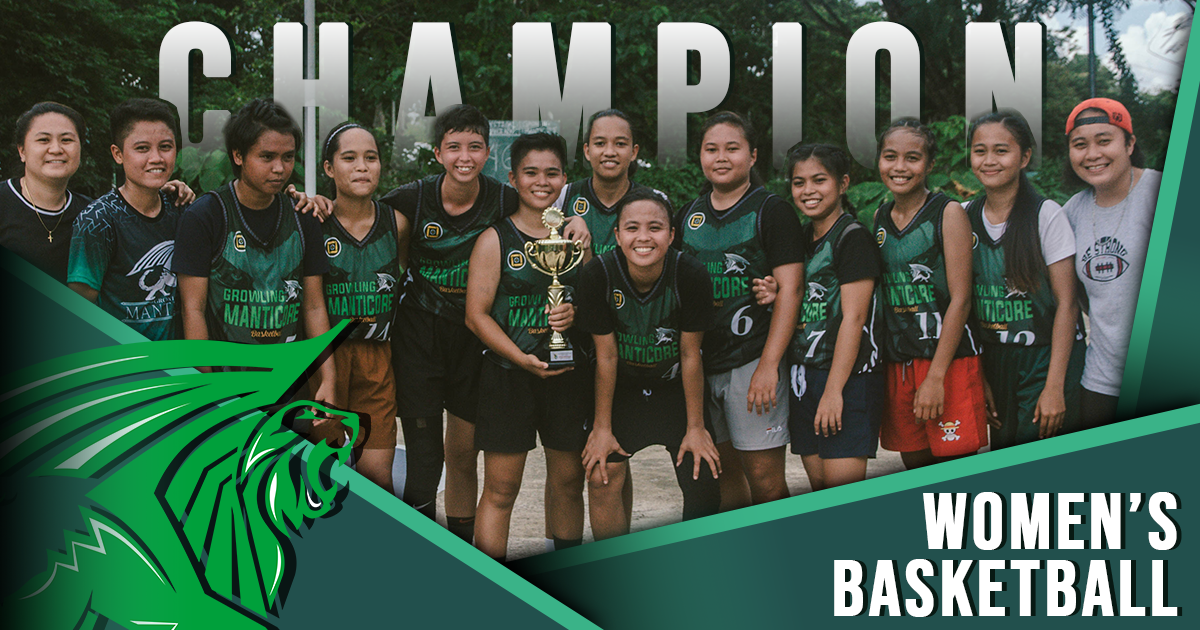 Growling Manticore hammers down Mystical Sphinx to the ground while they leap towards and secure the championship trophy undefeated in a man-to-man play of Women's Basketball at VSU Upper Oval Basketball Court, 64-46.

During the first quarter, Growling Manticore established a tight defense and made sure to work the "trapping" strategy of their team manning each Sphinx player, resulting in Sphinx struggles to secure a score. Multiple personal fouls from both teams, ending the 1st quarter 25-14.

However, tables almost turned during the third quarter as Manticore struggled with their stagnant score due to misthrows, failed airball, and bricks. Sphinx slowly crawls their way to close the gap by securing multiple lay-ups, and finally ties the gap to 34-34. But as the third quarter continued, Manticore Riza Rivas did not allow Mystical Sphinx to win a single quarter by making-it-rain play of shooting multiple two points, ending the quarter 46-39.

"I feel pressured because I thought we cannot improve our stagnant score, however strengthening our man tapping strategy became our advantage against Sphinx" said by Rivas the top scorer of Manticore.

The heat continues during the 4th quarter, deciding whether it will be a twice-to-beat play favors for Sphinx or shortly ending the game favors for Manticore. Manticore firmly decided to end the quarter and secure the championship, as Rivas and Jenalyn Raboral, playing coach, effectively teamed up to secure multiple points for the team, leaving a huge gap between the Sphinx and profoundly pinning them down, ending the last quarter 64-46.

"Trapping of opponents, practicing our breathing technique, and discipline of members such as no liquor and no sleep deprivation is our winning practices since Day 1, resulting in undefeated plays" said by Raboral, second-leading player and Growling Manticore playing coach.