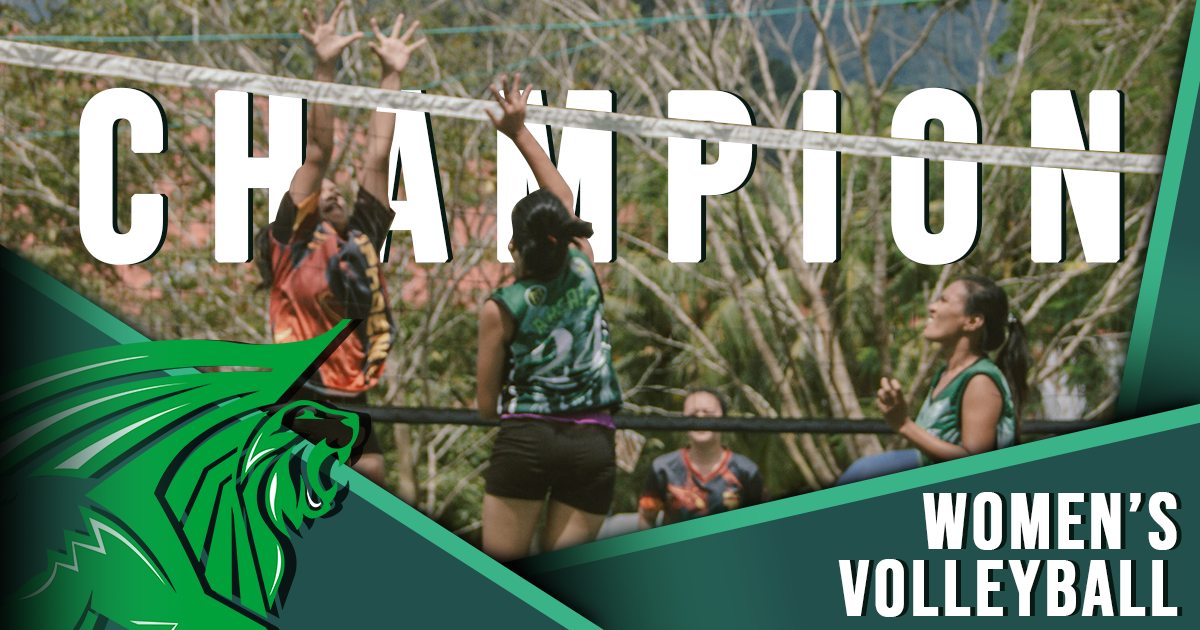 Manticore and Phoenix both showed tough defense both at the net and floor at the first set of the do-or-die gold medal match, resulting to a seesaw battle in the opening set.

With their grit and determination to snatch the game, the Soaring Phoenix managed to steal the extended set from the Growling Manticore in courtesy of a solid middle attack from the Phoenix-standout, Keturah Christine Anne Potot, 26-24, giving the Manticore a one set to nothing disadvantage.

After losing the opening set, Growling Manticore regained their winning form as they started strong in the second set displaying their prowess to level the game of one set a piece.

Soaring Phoenix tried to take back the momentum by exerting a little run in the latter part of the set, yet Manticore's winning drive still prevailed, winning the set 25-22.

Finding their groove in the second set, Growling Manticore continued to roll in the third set with aggressive attacks and dominance at the net led by their top-scorer, Yvonnne Abitona, tallying 23 points in the match. Manticore ended the set with an eight-point advantage, 25-17.

However, Soaring Phoenix changed the course of the wind in the fourth with the help of their hard services and deceiving attacks outpacing the run of the Growling Manticore and forcing a fifth-deciding set, scoring 25-23.

Entering their second consecutive five-set match against their rival, Growling Manticore played all-out in the last set of the championship match, winning the gold with a score of 15-11 — clipping the Phoenix' wings and shutting their doors on the championship throne.

(To be honest, they served as our threat because they are all experienced volleyball players especially Ate Niña (Phoenix's #10). Then, we didn't expect to win especially that I am a pessimist but thanks to my teammates who changed my mindset and then we fought until we reach this — the championship.)

Soaring Phoenix received the silver medal in the women's volleyball tournament in the 2022 VSU Intramural Games.