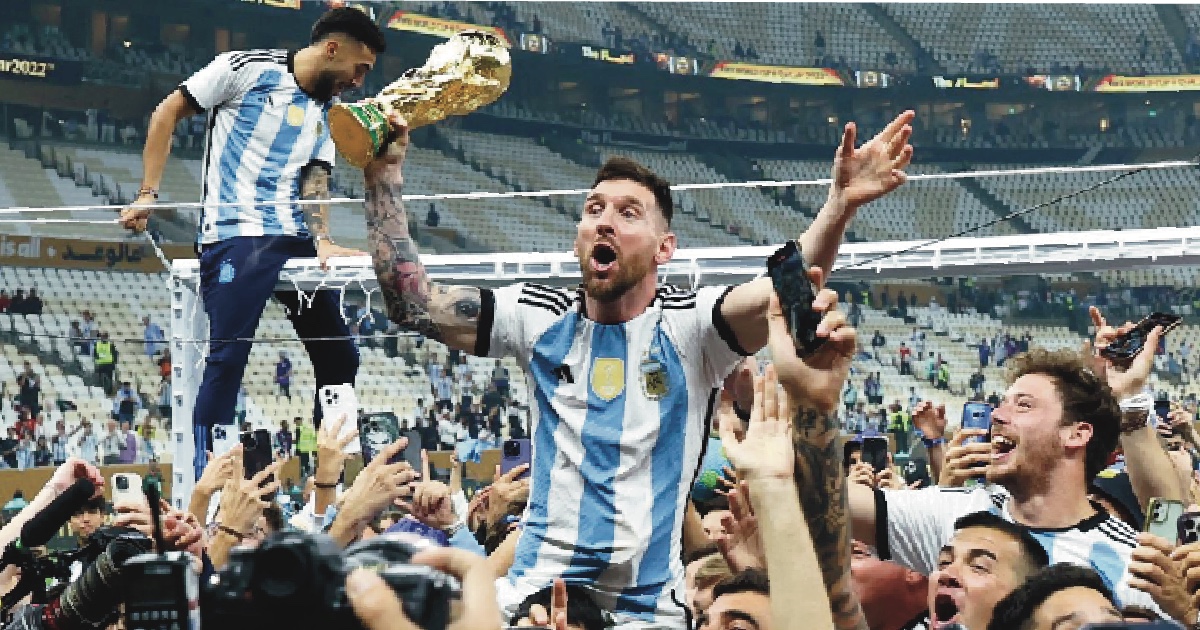 The game started with both teams playing safe and cautious - reading each other's movements and trying to find a slight edge. But it was Argentina who opened with an early surge resulting in a penalty kick.

Lionel Messi scored the first goal of the game for Argentina by virtue of a penalty kick at the 23-minute mark, his 6th goal of the tournament. Messi wrote himself in the record books yet again as this goal made him the first ever player to score in the group stage, the round 16, quarterfinals, semi-finals, and finals in a single world cup run.

Argentina closed the first half showcasing their dominance over France with a 2-0 advantage. Argentina's defense was suffocating, not allowing France to penetrate; preventing them from attempting a single shot in the first half. This trend would go on until the 71st minute mark.

France weathers the Argentinian momentum as their star, Kylian Mbappé scored a penalty kick in the 80th minute mark. Mbappé wasn’t done yet, this enabled France to gain a fragment of momentum as they tightened up their defense stealing the ball from Messi, then a perfect pass to Mbappé resulted in another goal in the 81st minute mark - tying the game at 2-2. Mbappé's back-to-back goals in 2 minutes brought life to the French team. The regulation ended in a full match as both teams reached an impasse.

The overtime started off with great tension felt in the game. Both teams were being cautious, not allowing any error to happen. A series of fouls were committed by both sides during the extra regulation. The game went physical after multiple tackles considering what's at stake, and the magnitude of the moment. They remained tied at 2-2 in the extra regulation with both teams showing their mettle, not giving up in every single play. Argentina had 2 shots to score a goal but was blocked on both occasions.

Another regulation was needed and both teams were still not giving away any edge, not until Lionel Messi took matters into his own hands (or should I say legs) as he delivered a follow-up clutch goal at the 108th minute mark to give Argentina a 3-2 lead, breaking the tie.

After an error by Argentina due to a hand-ball penalty, France was awarded with a penalty kick and again, Mbappé scored, delivering a hat-trick after netting all 3 goals for France, tying the game at 3-3 in the 118th minute mark.

An additional 3 minutes by the 120th minute mark was given as the game went neck and neck with both teams having a goal attempt but all were denied.

The game went on to have a penalty shoot-out after both teams were still on a stalemate at 3-3 score.

The Legend, The Magician, The GOAT, the one and only Lionel Messi secures his first World Cup after a dazzling performance scoring 3 goals in total - a perfect culmination for an illustrious international career. Messi has said to retire from the international football scene after this year's world cup.

Messi has fulfilled his dream by winning his first and bringing a world cup title to Argentina after 36 years of denial.