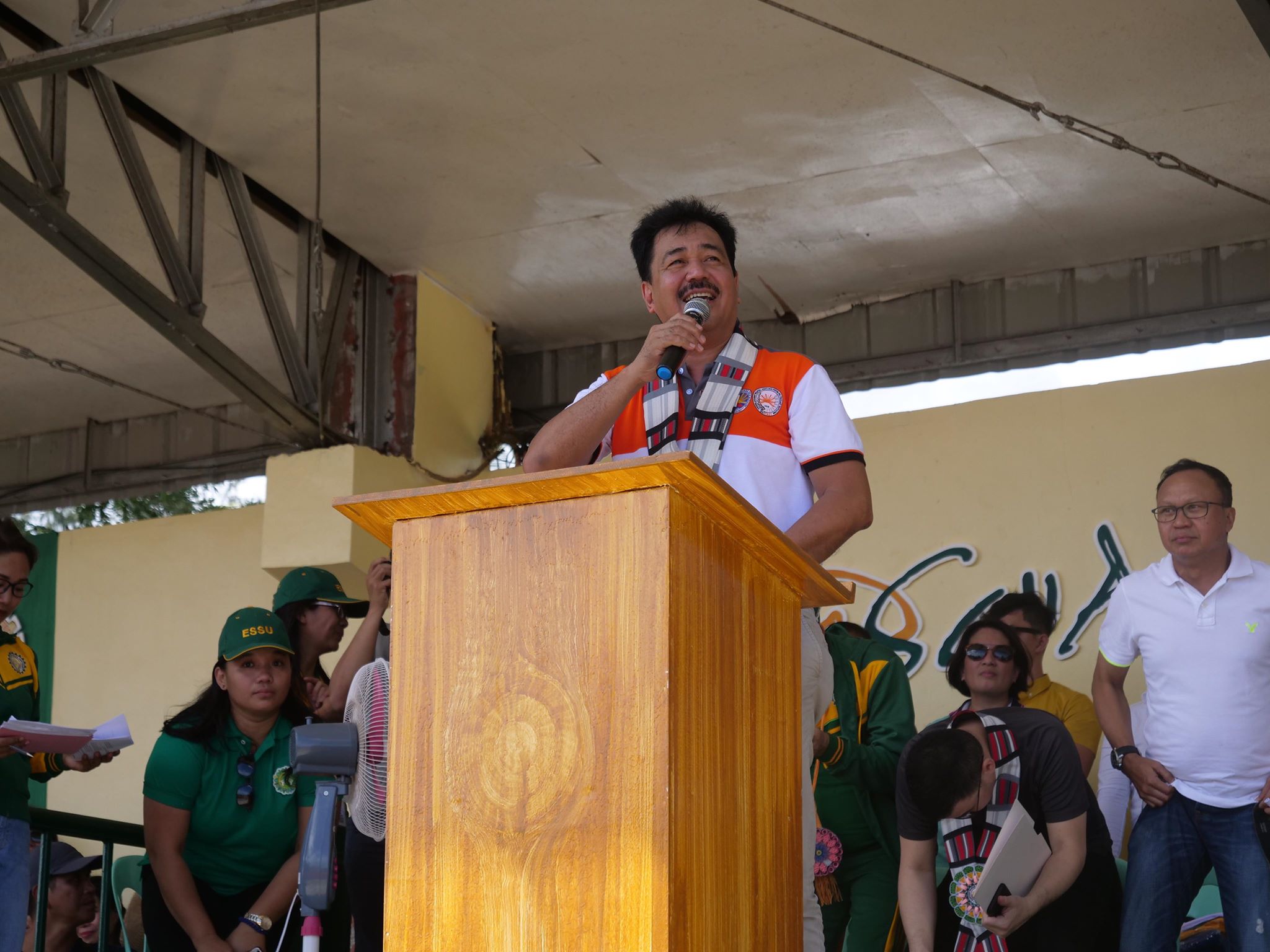 J. Prospero E. De Vera III, Chairman of the Commission on Higher Education, graced the opening ceremonies of the SCUAA 2018 at Eastern Samar State University last December 9 with an inspirational message for the athletes.

In his keynote speech, De Vera remarked that sports, like education, needs discipline, diligence, and determination.

He shared his experiences as an athlete during his younger years. De Vera was part of their school’s track and field team. He reminisced his athlete days running barefoot because the shoes provided for them were not comfortable for running.

(I remember those days when we used to train every day in the Roses Stadium in Quezon City. All we do [was] endure and train hard, while maintaining our grades at the same time.)

He also said that being an athlete is one of the most beautiful things that happened in his life because it taught him discipline in his academic and daily life.

“The most beautiful thing about sports is that it unites people together,” said the chairman. On this note, he cited the UAAP game of UP versus Ateneo where the UP students were cheering for Ateneo even though they were losing.

“So, manalo man o matalo kayo (Win or lose), you have to make the best representation of yourselves. Victory is secondary to sportsmanship.”

De Vera also announced that aside from the Free Tuition Law, the Tertiary Education Subsidy has already been approved and will be given to the SUCs before this year ends. Starting December 2018, the funds for the students who are to receive the subsidy will be released to the different SUCs in the country.

The commissioner ended his speech with a final advice to the athletes, “Be humble in victory, represent yourself to the best of your ability. Make friends and let’s have a very good SCUAA.”