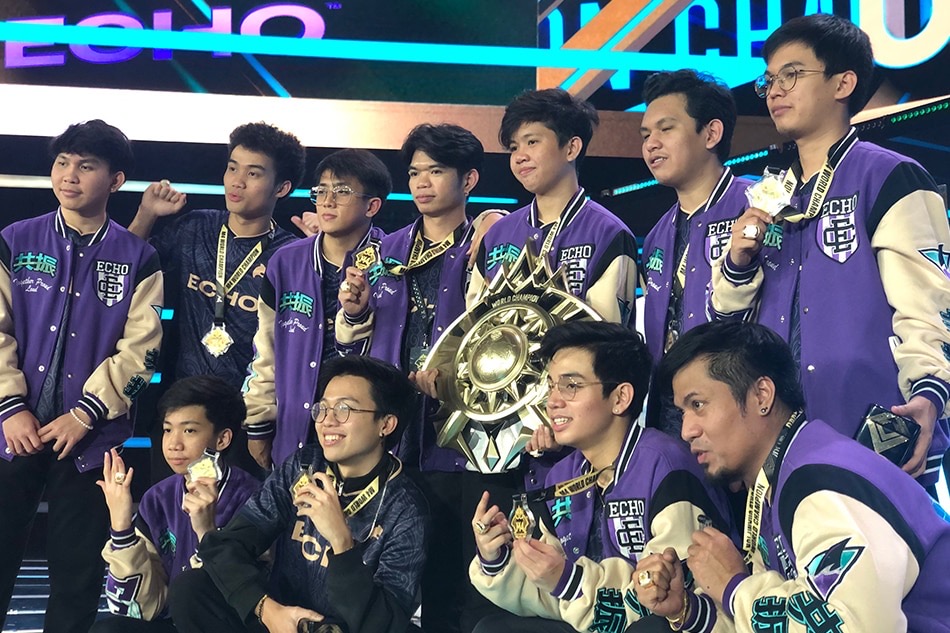 JAKARTA, Indonesia — Echo Philippines decoded and dethrones Blacklist International in the 4th edition of Mobile Legends: Bang Bang World Championship or M4 after sweeping the defending champs in 4 games on a best-of-seven series of an all-filipino grand finals match held at Jakarta, Indonesia – the host country of the tournament, January 15, 2023.

During game 1, both Echo and Blacklist started the game by equalizing on the kill score at 2-2 in the early minutes, but it was Blacklist International who secured the first turtle of the match gaining the early game advantage. The advantage that Blacklist held would not last long as Echo’s gold laner Benedict “Bennyqt” Gonzales snatched their groove away by wreaking havoc as he showcases his mechanics on his Lunox, slaughtering his way through the Land of Dawn with a KDA of 7/1/0. A perfect execution on Lunox’s brilliance and chaos were too much for Blacklist to handle as they take game 1 of the M4 grand finals.

Echo’s mid laner Alston “Sanji" Pabico was awarded the MVP of the Match as his performance on his hero Yve along with his perfect execution of its Real World Manipulation provided so much utility for his team, setting up plays for Echo to easily execute their game plan against Blacklist International.

In game number 2, a much different Blacklist International team from game 1 showed with an early aggression, securing 2 kills in the 2-minute mark during the turtle fight. In spite of that, Echo's jungler Karl "KarlTzy" Nepomuceno secured the turtle retribution. The Orcas rode the momentum locking a 2-for-none kill trade in the second turtle fight.

Just as when things started to look good for the agents, it was Bennyqt again with a marvelous play by snatching the 2nd turtle with his Brody’s Torn Apart Memory killing Blacklist’s gold laner Kiel Calvin “OHEB” Soriano’s Harith in the process. His rampage on his hero Brody didn’t stop there as he later secured a double kill deep in the tier 3 turret of Blacklist on the bottom lane with a perfect execution of his flicker-ultimate combo.

Joining the onslaught was Echo’s roamer Tristan "YAWI" Cabrera’s Franco connected multiple iron hooks, pulling each member of Blacklist International to their fate as they managed to wipe them by the 12-minute mark of game 2. This enabled them to gain a commanding 8k gold lead advantage.

Blacklist International, led by their roamer Johnmar “OhMyV33nus” Villaluna and their jungler Danerie "Wise" Rosario rushed to the Lord pit after respawning but Bennyqt again denied them any hopes of coming back as his signature backdoor split push action destroyed Blacklist’s crystal, ending game number 2 leading 2 games to none in the series.

Rightfully so, Bennyqt was named MVP of the Match in game number 2 with his stellar performance on his Brody, logging an impressive 8/1/1 KDA and 761 gold per minute.

With Echo’s 2-0 series lead over the defending champs, Echo drafted a greedy line-up which paid dividends in the end. They locked Gusion – a high magic burst assassin making its first appearance in the whole tournament paired with Kaja and its Divine Judgement insta-locking any enemy hero lassoed. Sanji’s Gusion sets up an early momentum for Echo after a triple kill. Joining the highlight party was Echo’s EXP laner Sanford "Sanford'' Vinuya's Lapu-Lapu securing kills on Blacklist’s backlines with his Bravest Warrior on OhMyV33nus’ Lolita and OHEB’s Karrie.

The “San-San” duo (Sanford and Sanji) has given a lot of questions for Blacklist to answer as the Orcas lead the defending champs 3 games to none (3-0).

Sanford was rightfully named the MVP of the Match in game 3 with his Lapu-Lapu destroying Blacklist with a KDA of 7/2/10, and a 74.6% kill participation.

Game number 4 was no different than game number 3 as Echo’s aggression and momentum carried over the final game of the series. Sanji’s Xavier already went on a killing spree after securing his third kill on Wise’s Barats in the midlane by the 6-minute mark.

Echo’s map control allowed them to gain a 5k gold lead over Blacklist, zoning them out from their own jungle camps hampering Wise’s gold farm on his Barats. Meanwhile Sanford’s Gloo, again catches every backline damage dealer of Blacklist International, immobilizing even one of the most mobile heroes in MLBB, Benedetta which was used by one of the best Benedetta players in the world in Edward "EDWARD" Dapadap the EXP laner of Blacklist.

Bennyqt was awarded the Finals MVP for his stellar performance throughout the series.

Furthermore, KarlTzy became the only MLBB player to win multiple world championships with 2, one with his former team Bren Esports and now with Echo Philippines. He won Finals MVP on the first occasion.

The M5 World Championship will be held in the Philippines this December, 2023 as the host country.