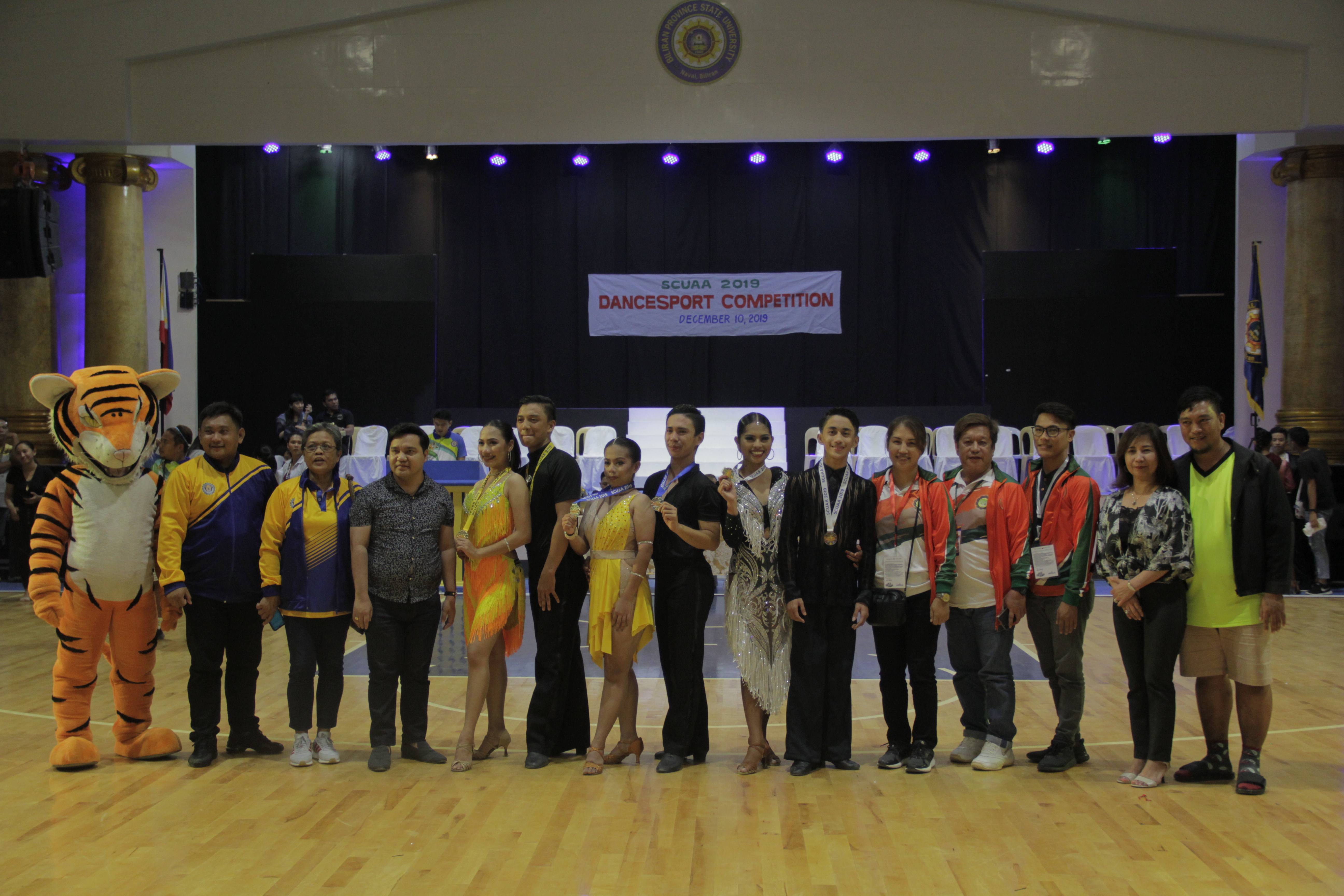 NAVAL, Biliran- The moment the lights and suave music filled the room, ladies in killer heels, vibrant and sparkling costumes and gorgeous make-up with gracious gentlemen made a sparkling dance sport entrance in the gymnasium of Biliran Province State University (BiPSU) on Tuesday night, December 9.

The competition was packed with music and glamour with all the complex foot actions, slender body lines and high tension of American/Latin Dances such as Cha-cha, Rumba, and Jive and Modern Standard dances such as Waltz, Tango, and Quicksly.

The atmosphere was edgy as dance partners from the different state universities and colleges around the region prepared themselves up for this momentous dance competition for months.

Upon called through their delegation number, the couples twirled and swayed across the dance floor as the crowd roared. Some ran through fast twirls, swift walking cha cha, rapid Cuban motion, and spontaneous alemana turns for outstanding posture, timing, basic rhythm, and floor craft.

It was the University of Eastern Philippines (UEP) couples who cleaned up on the dance floor and swell UEP’s medal haul tallying. The pair of Shantle Love Dela Rosa and Mark Tyrone Dela Rosa from UEP delivered gold medals in Modern Standard Category.

In the American Latin dances, the couples, Danielle Britanico and Joel Tomas and Noemi Baluca and Levi Caparic, both from UEP dominated the Cha-cha, Rumba ,and Jive events as first and second placer, respectively. Landing on the third place were Daisy Rose Cañete and Jommel Belleza from NwSSU.