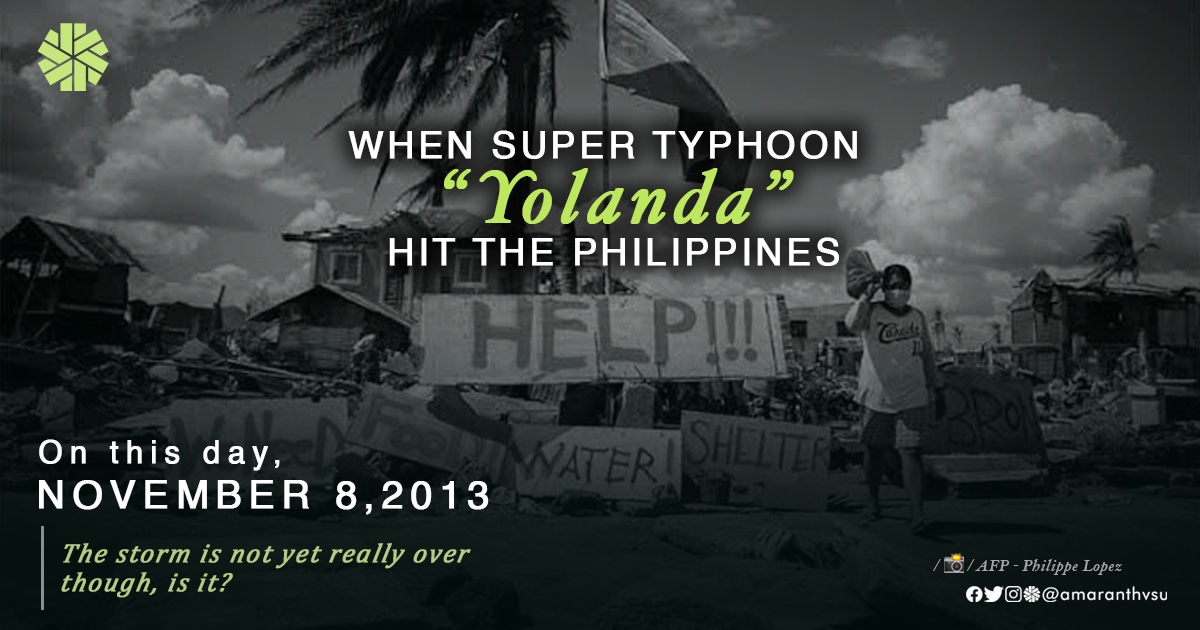 Picture this: the wind swept in with an angry surge that shattered everything in its path, images of wreckage strewn around like in a post-apocalyptic movie, vulnerable people jammed into shelters in dreadful situations, and the seeming hopelessness and desperation that were becoming more and more apparent each waking moment.

So much can be said about Super Typhoon Yolanda, one of the deadliest tropical cyclones ever recorded. It was the 8th of November 2013—the day when it buffeted the island of Visayas, particularly Samar and Leyte, which affected nearly 14 million people and damaged 1.1 million homes.

Everything was destroyed by the storm, both architecturally and emotionally. Lives were lost, infrastructures were destroyed, and souls were broken. The affected residents were already exhausted from having to flee and rebuild the damages done to their homes and families.

It has been nine years since the cataclysmic event, but the typhoon's lasting effects can still be felt, lingering like ghosts in the wind. Every year, we commemorate the tragedy to remember those who suffered, to remember the long-term recovery we went through, and to acknowledge the global aid, and the lessons we learned from it. But the storm is not yet really over though, is it?

Inevitably, there will be ten or more storms each year, and we have no way of avoiding them due to our country's geographical location. And each one feels like one trauma after another -- serving as a reminder of the destruction brought on by Super Typhoon Yolanda.

As storms and cyclones become more intense and frequent as a result of climate change, there is an urgent need for action, especially since we live in a developing country some areas are more vulnerable to extreme disasters. Many natural areas were damaged, including coconut plantations and fisheries, which are vital sources of employment for most Filipinos.

While it is important to acknowledge the survivors' resilience that shone brightly in the aftermath of the typhoon, it is also important to remember that the reason for this fortitude was that they had received inadequate assistance in the first place. Since the government's initial response to the terrible tragedy of Typhoon Yolanda was marked by extreme incompetence, the survivors just had to rely on romanticizing resilience just to make sense of the injustices they didn't even know existed.

Some other things are perpetually typhoon-proof– Filipino resilience and government corruption. The global community did whatever it could to help us rebuild, but it was reported that hundreds of millions of pesos in funds meant for relief distribution and rehabilitation were allegedly pocketed by government offices instead of giving it to the victims. The Commission on Audit (COA) released its report on Typhoon Yolanda Relief Operations back in 2014 and acknowledged the injustices that happened behind the tragedy.