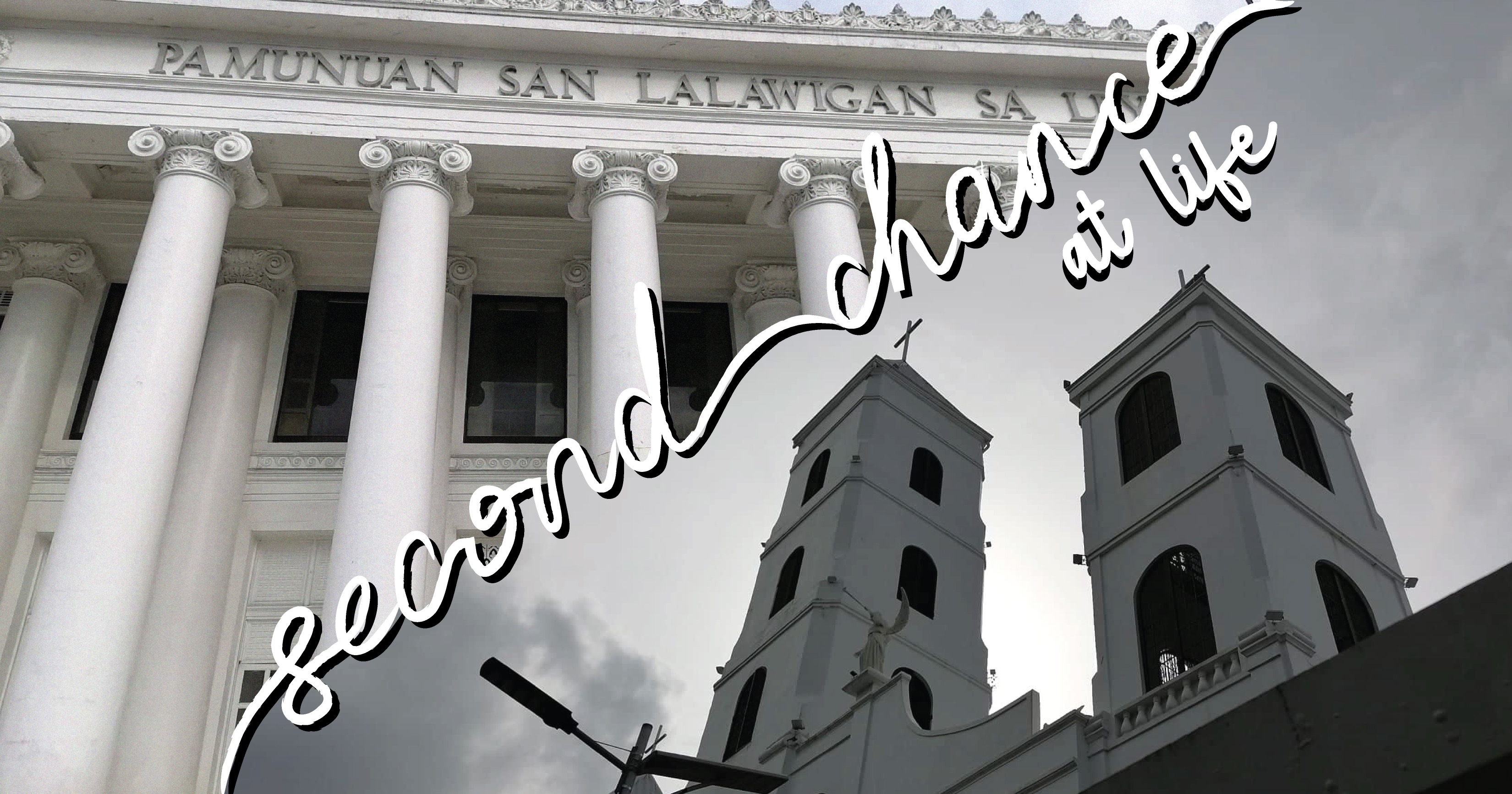 November 8, 2013, exactly 9 years ago when ranging winds and the wrath of a storm wreaked havoc on the country particularly in the Visayas region. Trees that stood tall and sturdy for years were uprooted in a blink of an eye. Houses and establishments swayed to the gust of strong winds with its tops being blown over by the storm. Life took a sharp turn, with about 10,000 lives taken with a lot more still not found.

Almost a decade has passed, yet the memories remain intact. Today, as we celebrate the commemoration of Super Typhoon Yolanda’s 9th anniversary, we look back and retell the stories of some Viscans who were given a second shot in life after surviving one of the most devastating weather systems that impacted the country.

“I remember seeing dead bodies along the street…. I even stepped on a hand….I was thirteen”
Hannaj Villafuerte (Tacloban)

Around 4 am when I woke up and had our breakfast which is the only meal that we had that whole day. There were no boys at home except for my 11-month old baby brother. The water was rising quickly so we decided to go upstairs but my mom was worried that it would just keep rising and reach the second floor. So she went on from one roof to another to reach my Lola’s house and when she did reach the balcony, the roof of one of the adjacent house blew off and I thought it was gonna hit her, but thankfully it did not. It turns out, a lot of the people from our block were seeking shelter in my Lola’s house because it was big enough to accommodate many people. Then they placed pieces of planks in between the houses for me and my sibling to cross over. I can still remember the feeling of the drops of rain that lingered on my skin, it was like a needle pricking your body, and the wind was very strong. We stayed there until the storm calmed. When my mom and I went out to fetch safe drinking water for my siblings, I was baffled by the ruins that the typhoon left in our town. I remember seeing dead bodies along the street and I even stepped on a hand; I was thirteen years old. 9 years went by but the trauma is still clear, and I am beyond grateful that my family was there with me throughout my recovery.

“As long as naa pa an imo family, ipa feel gyud nimo na importante sila”
(As long as you have your family with you, make them feel that their important)
Caryl Cagara (Tacloban)

I was awoken by the strong winds and heavy rains. We were not expecting the storm to be this disastrous, nor did we expect that there would be a storm surge which people thought was a tsunami. We saw how our neighbor’s roofs were torn off and how the walls of establishments vibrated as the wind slam into their surface. In the aftermath of the storm, we were faced with sad news about my grandparents and my 3-year-old cousin. They were residing in San Jose Tacloban City, which is near the sea. They were among the casualties reported after the storm surge. It took a week before my Lola’s body was found and my young cousin was found a few blocks away from the house. I feel sad for them because before the storm, my Lolo was in Luzon and he insisted to come home because he was worried about my Lola. And he was very excited and even brought pasalubong for us. Even though 9 years have already passed, I still can’t bear the pain or the memories that happened during that time. I always feel like I should have cherished the moments that they were still here and visited them more often. So, as long as you have your family with you, cherish your time together, and make them feel important.

“An 7 months pa nga amo gi puy-an na balay, na hugmok ug walay nagpabilin”
(Our home where we shortly lived for 7 months was destroyed, and there was nothing left)
Reesel Mag-abo (Ormoc City)

I already sensed that something was wrong when I looked up and saw my parents with looks I have never seen before. I can’t think that far behind but I remember that during the storm, we were in the middle of covering our electronics with blankets, when suddenly, our ceiling together with our roof was blown off by the strong wind. My parents rushed to the nearest exit which is our window with my two other younger siblings in their arms while also assisting me and my sister to climb out of the window. We ran to our neighbor’s house to seek shelter and it took a few minutes before we were able to get in. After the storm, we were devastated to see our house for 7 months, completely destroyed and nothing was left. Nine years after Yolanda, I am beyond grateful to the people who helped us get back on our feet and helped us recover from the trauma. Because of that experience, we became more aware and prepared when it comes to calamities and I am forever grateful to my parents for reminding us that everything happens for a reason. Life’s great now.

Typhoons are no stranger among Taclobanons for we are frequently visited by typhoons all year long which is why we were not expecting Yolanda to be that strong. We stayed in our home and did not evacuate at first but were forced to move to the house of my mom’s friend when the storm started to get violent. We were lucky that we were miles away from the sea, unlike my seven cousins who all perished when the storm surge happened. I remember seeing dead bodies, houses brought down to the ground, and people crying and calling for help. There was not one tree standing, all of them were uprooted alongside cable posts scattered on the road. I even joined other people looting goods and other stuff from warehouses just to get through the hungry times. All of that was seen by the 12-year-old me, and I thought to myself that the only thing left to do was to pray to God. Years have passed, but I was able to recover from the trauma through the help of my friends and family which I am extremely grateful for.

We all had lives before the storm and there will always be life afterward. Nine years have passed, and the memories of that dreadful event continue to haunt us. Some of us may have moved on but we will never forget the loved ones that we lost and the pain that still lingers within our hearts. We all lost hope once, but we found the light again as we moved forward. Today marks the time when we rise again and face tomorrow headstrong and full of hope.