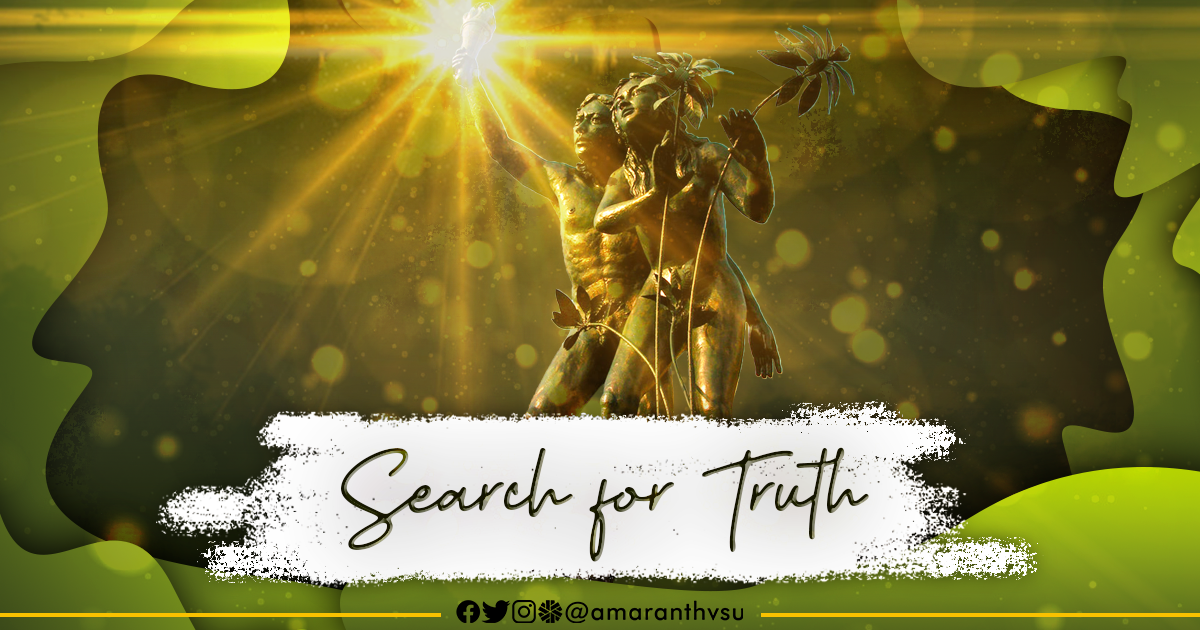 The Search for the Truth statue is among VSU’s most notable and distinguished features seen within the campus grounds. Situated just across the Administration building stands two huge nude figures, resting atop a gilded edifice depicting farmers tending their land. It’s a ubiquitous symbol of the Viscan identity. But what is this statue? How did it come to be? What is it trying to tell us?

The statue was designed and conceived by the very first college president; Dr. Fernando A. Bernado of the then Visayas State College of Agriculture (hence the name ViSCA). He had brought in three pairs of models to base their likeness to the structure. One individual from the group of models was Rex N. Bernado, the President’s own son. Aiding in capturing their likeness was a Viscan Alumnus, one Reynaldo Monreal, who took them to the studio and shot the pictures needed. Once all was said and done, he commissioned the aid of a sculptor by the name of Eduardo Suiza, who hailed from Manila, who brought the structure to life.

The statue, with the last line in its inscription “He who does less is not worthy of his profession” exemplifies the principle of seeking for a vision.

President Bernardo and his wife Dr. Emiliana, conceived and set in motion the vision of an excellent research university reflecting the status it has today. The current VSU president Dr. Edgardo E. Tulin described this as “probably the largest faculty development program in the 70s and 80s”. The statue is a reminder of that vision toiled, expanded, cultivated, and made happen.

The statue itself features a man and a woman bare of clothes, their extremities only shallowly guarded by ferns bushes, symbolizing the purity and being bereft of bias in the pursuit of truth. The man holds a torch which serves as an aid, a tool by which he lights the way towards the truth, and the woman setting aside the ferns to better see it. Placed on top of the hill so that the torch may catch the light of the sun as it rises up into the clouds and as it sinks back down into the sea.

On April 8th in 1984, it was unveiled to a spritely community of students, eager to see the monument.

On the day it was unveiled, the spoken words that now adorn its plaque remain to this very day.

A reminder that remains even in the first spark of dawn to the dying light of dusk; “Let search for truth prevail as a dominant activity of university life. For truth is the guiding light in our paramount mission: the pursuit of excellence.”

(Edited and with contributions from Xavier John D. Villaruel)