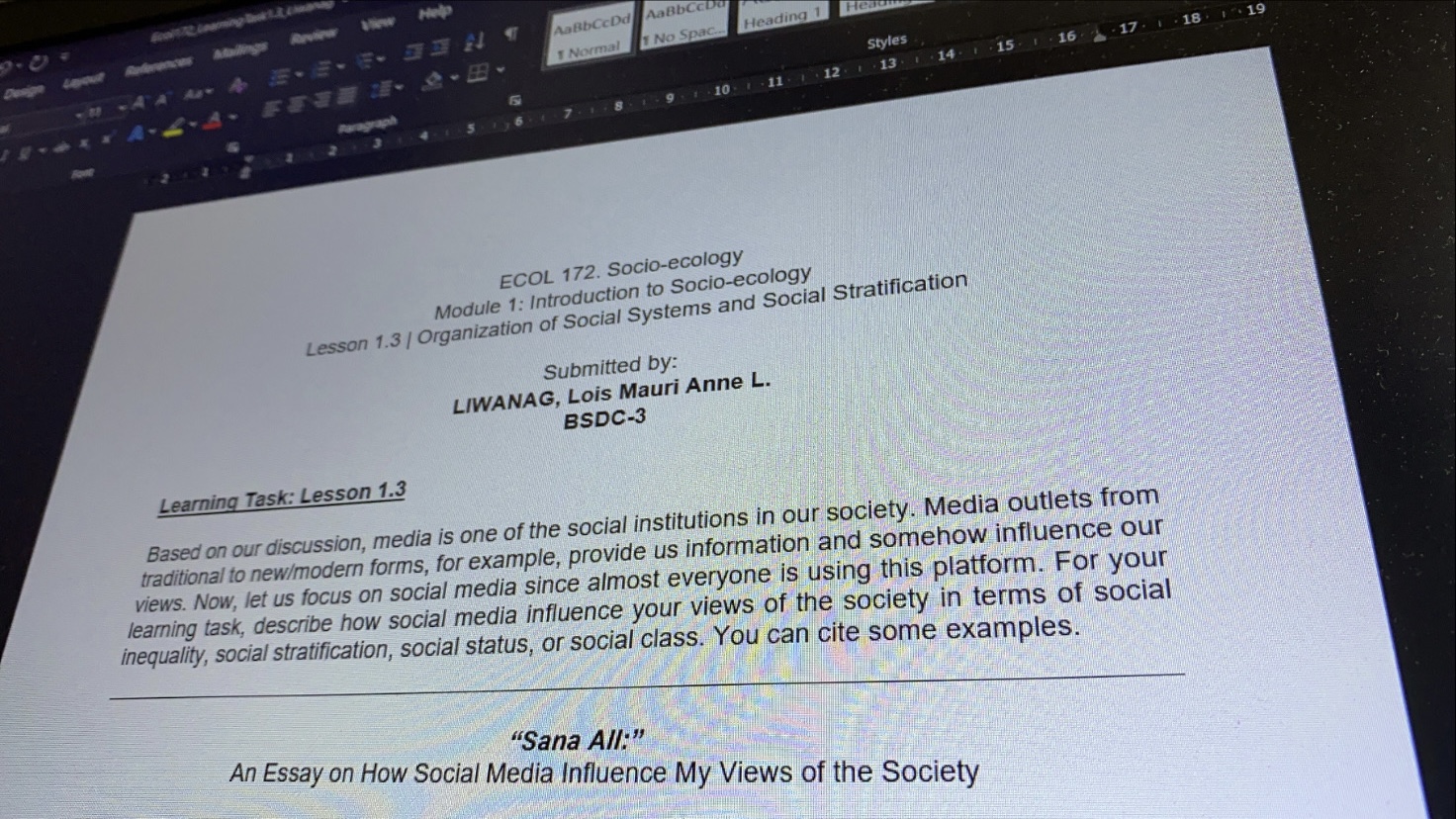 “Sana All:”
An Essay on How Social Media Influenced My Views of the Society

I remember when I used to scroll on my phone all day to the point where I did not realize that hours have already passed. When I used to see the glamorous photos of celebrities wearing branded clothes and using the latest iPhones. When I used to watch their vlogs showing how luxurious their lives are. When I used to read the rants of my “friends” about the most trivial things – and when I used to stress myself over the posts I see online.

Do you know what stressed me out the most? It is when I turn off my phone then switch on the television and watch the series of news – how countless Filipinos continue to lose their jobs especially during this time of the pandemic. How numerous students just chose to drop out of school since they cannot afford the additional expenses of online learning. How the number of homeless children and beggars roaming on the streets drastically increased.

Social media offered me a mere few small pieces of a huge puzzle called the society. People engaging in it only showed what they wanted others to see. During the time when I was deeply immersed in social media, I believed that the Philippine society was not that impoverished as they say.

I slowly began to realize how ignorant I was considering that what I saw online was less than 0.1% of the country’s population. Much of them were not even part of real upper class families – some were middle class overemphasizing the small wealth they worked so hard for, and others were part of the lower class who found the right angle to hide their true circumstances.

Social media allows people to conceal their true social class and status as well as reposition themselves to the level and niche they desire. It disregards the divisions created by social stratification and hides the existence of social inequality.

It created a space where people of low status can easily talk down on those who have higher ones; and where individuals under the low class can easily present themselves as those of the upper class.

It made me lose sight of our society’s current reality. Deciding to delete my social media accounts one by one was my first step in bringing myself back to the real world. Never again will a post urge me to say – sana all.