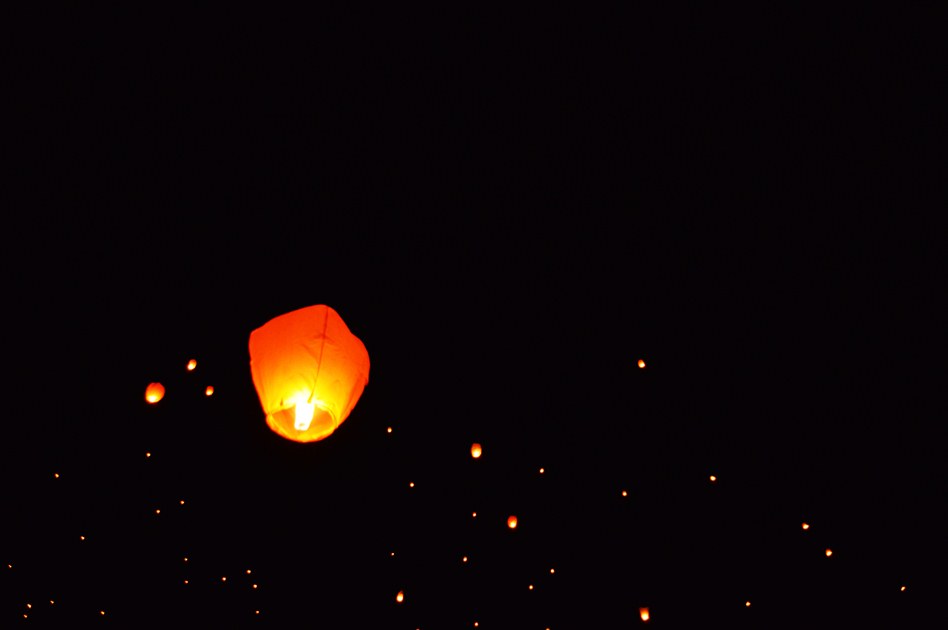 Two years ago, a super typhoon struck the central region and its neighboring provinces of the Philippines with the strongest wind and high ocean water. Though it brought changes to the lives of the survivors, they are moving forward with these changes with such resiliency, for themselves and their families.

Although pain and struggle are written all over the face of Nelita Vergara, hope and determination are evident in her words as the 63-year old woman remembers life after typhoon Yolanda.

Typhoon Yolanda or Haiyan, the strongest typhoon ever recorded to hit land, had left Nelita and its other victims homeless and with dead or missing loved ones on November 8, 2013.

Two years ago, Nelita and her family were residents of Brgy. 88 in Tacloban City. But after the typhoon brought a massive onslaught to their homes, she is now living in one of the bunk houses in the outskirts of the city with her daughter and six little grandchildren. She lost four members of the family including the father of her grandchildren leaving Nelita the responsibility of ensuring future for her daughter and grandchildren. She now awaits for the government to fulfill its promise of permanent shelter so that they can have a better home and be able to settle their main source of income.

Nelita recognizes the fact that they have not yet fully recovered. Since 2013, every 8th of November reminds them of the parts of their lives that were taken away and will never come back to where they once belong. The disaster left an incurable mark in their lives: agony.

But on its second year anniversary, Nelita joins the other residents of Tacloban City not just in remembering their lost loved ones but also in thanking for the lives they have and lighting up fires of hope to guide every victims to full recovery.

At four o'clock in the morning of November 8, 2015, residents, government officials and staff of local and international non-government organizations gathered together from three locations in Tacloban City, the Tacloban City Hall, Real St. and Coca-cola Rotonda for a commemorative walk. While singing “God of the City,” they all headed up to the Tacloban City Convention Center or the famous Astrodome which served as a shield to the survivors against the raging storm surge during the disaster.

After a Roman Catholic mass, a Yolanda Memorial marker was unveiled inside the Astrodome where names of Taclobanon's dead loved ones were also written on a big stone. Then, followed by a speech from Mayor Alfred Romualdez, the mayor of Tacloban.

“During a great crisis, we sometimes don't bring out the best in us.” Says Mayor Romualdez during an interview when asked to describe the Taclobanons two years after typhoon Yolanda. “But I still appreciate Taclobanons. All of us are trying our best.”

Tacloban City is among the areas in the Central Philippines that were massively devastated by the typhoon. Mayor Romualdez expressed his realization from the tragedy they went through. They’ve recognized the presence of climate change and how important it is to take responsibility with the place we live in.

Currently, the city undergoes rehabilitation as it recovers from the huge desolation. The city mayor is positive that they are moving forward despite the great challenge.

"The children have learned how to move on. We move on in a positive way. If we start thinking for the good and start thinking positively, then we will come up with good results. God gave us a chance."

Another memorial marker was unveiled in Tacloban City on the same day. The ship in the coastal village of Anibong that was brought by the storm surge during the typhoon was not removed and was turned into a memorial marker. In the afternoon, the mass graves of Yolanda victims at Holy Cross Memorial Park at Basper in Tacloban City were offered with a mass and were blessed by a priest. Friends and relatives of the victims gathered in the cemetery to offer candles, flowers and sometimes, food. Some visited one lost loved one, while the others have two or sometimes ten loved ones buried on the mass grave.

At 6 in the evening, the people of Tacloban City, Tolosa, Tanauan and Palo lit candles along the highway street. Over 50,000 candles were lit for the typhoon victims and some residents organized simple prayer programs on the street.

To wrap the 2nd year commemoration of typhoon Yolanda, hundreds of paper lanterns were lit up in the air and were released in the sea by government officials and employees, local and foreign volunteers and others at Balyusan Grounds in Tacloban City.

In two years, typhoon Yolanda changed the way many things were for the people of Tacloban City. Their homes. Their livelihood. Their lives two years ago were gone. Many are still on temporary make-shift houses. Many still mourn for the loss of loved ones. But the experience taught them of survival, faith, preparedness and more importantly, resiliency.

They continue to struggle, but they also continue to fight. For Nelita and the other survivors, November 8, 2013 was not the end for them. It only marked more years of strength and hope.