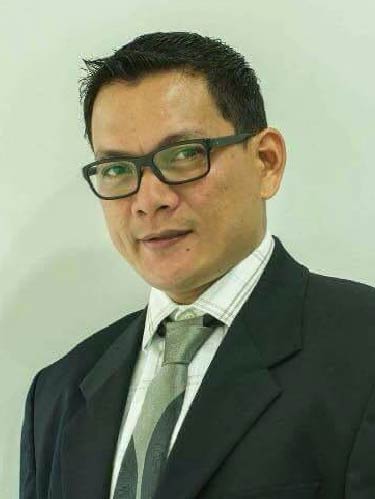 “I am ready to step down. I have been planning long before the incident. I am just finishing some projects before I do so,” said Magan in an interview with Amaranth.

Magan has repeatedly apologized for his fit of rage that hurt Visayas State University students Noel Collano and Ricar Maglines, and alumnus Reggie Monta, on August 13, 2017.

According to Magan, the misunderstanding stemmed from a resident who lives nearby insisting she saw the suspects breaking the busted streetlights. The victims happened to pass by that dark part of the national highway when the officials came.

The victims ended up bruised and injured after being wrongly accused and attacked.

“I understand if (the victims) will press charges against me because I have made a mistake, but please forgive me,” said Magan in Cebuano. He said that he and his other Barangay Officials are open to a seminar training to better handle such situations, especially if this is what the victims want.

The actual suspects have since been apprehended. He told Amaranth that he scolded the suspects, saying he wouldn't have hurt the students if it were not for them destroying public property.

Despite the bungled incident, Magan told Amaranth that VSU students in Pangasugan shouldn't be afraid.

“Students shouldn’t fear us because we are here to protect them,” said Magan in Cebuano. “I am from VSU too. I know what it feels like to be a student."

Dexter Magan majored in extension in Leyte State University (now called VSU), and graduated in 2002. He was also a varsity basketball player.

Aside from admitting his willingness to step down from the position of Brgy. Captain, he said he will not run in the next barangay elections.