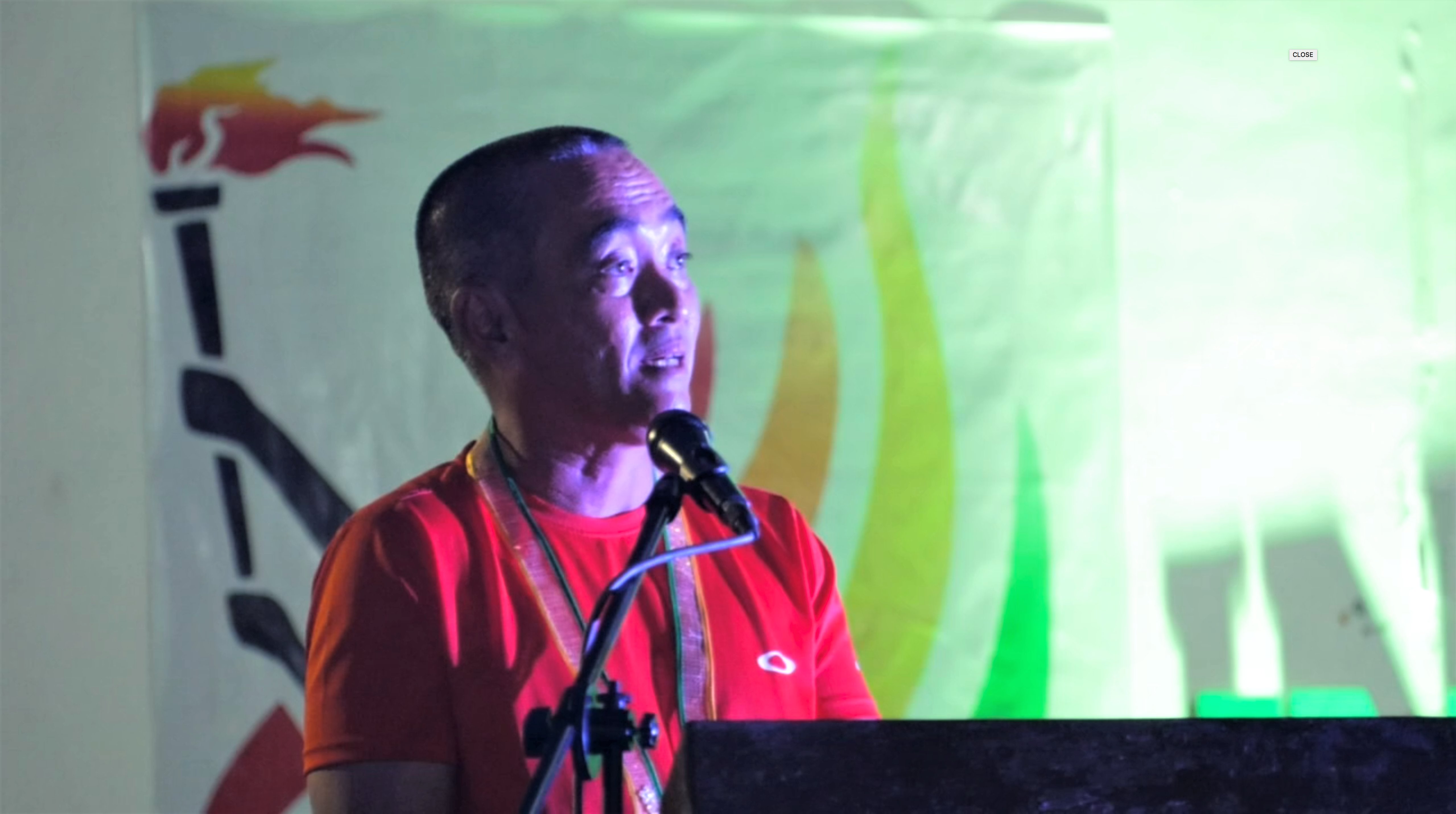 BAYBAY CITY, Leyte - Leyte Sports Academy (LSA), Executive Director and Consultant Mr. Rowil Batan brought good news to VSU as he expressed his interest in partnering with the Visayas State University, during the opening of the Intramural games at the VSU Upper Oval on Tuesday, September 19.

In his speech, Mr. Batan explained that youths can still hone their potentials to greater heights even if they are not in the metro. Hence, they should study in locale universities like VSU, "where excellence is a tradition."

“Instead of going to the universities outside of the Region 8, we’d rather see them (students) in VSU to help the province prosper,” said Mr. Batan. He voiced his desire in recruiting more elementary and highschool scholars with the help of VSU and hopes to expand LSA's program to college students, especially this coming SCUAA 2017.

"I already talked to Dr. Tulin, and I hope something happens. We (LSA) are looking into venturing to college, this SCUAA," said Mr. Batan in Tagalog.

The LSA director ended his speech with a saying that is applicable to athletes and non-athletes alike.

“Be humble in victory and magnanimous in defeat,” said Mr. Batan with a smile.

The objective of the Leyte Sports Academy is to look for sports scholars who can improve regional ranking in annual sporting events without sacrificing academic performance. Region 8 players won 11 gold medals during the Palarong Pambansa 2016, 10 of which were LSA scholars.