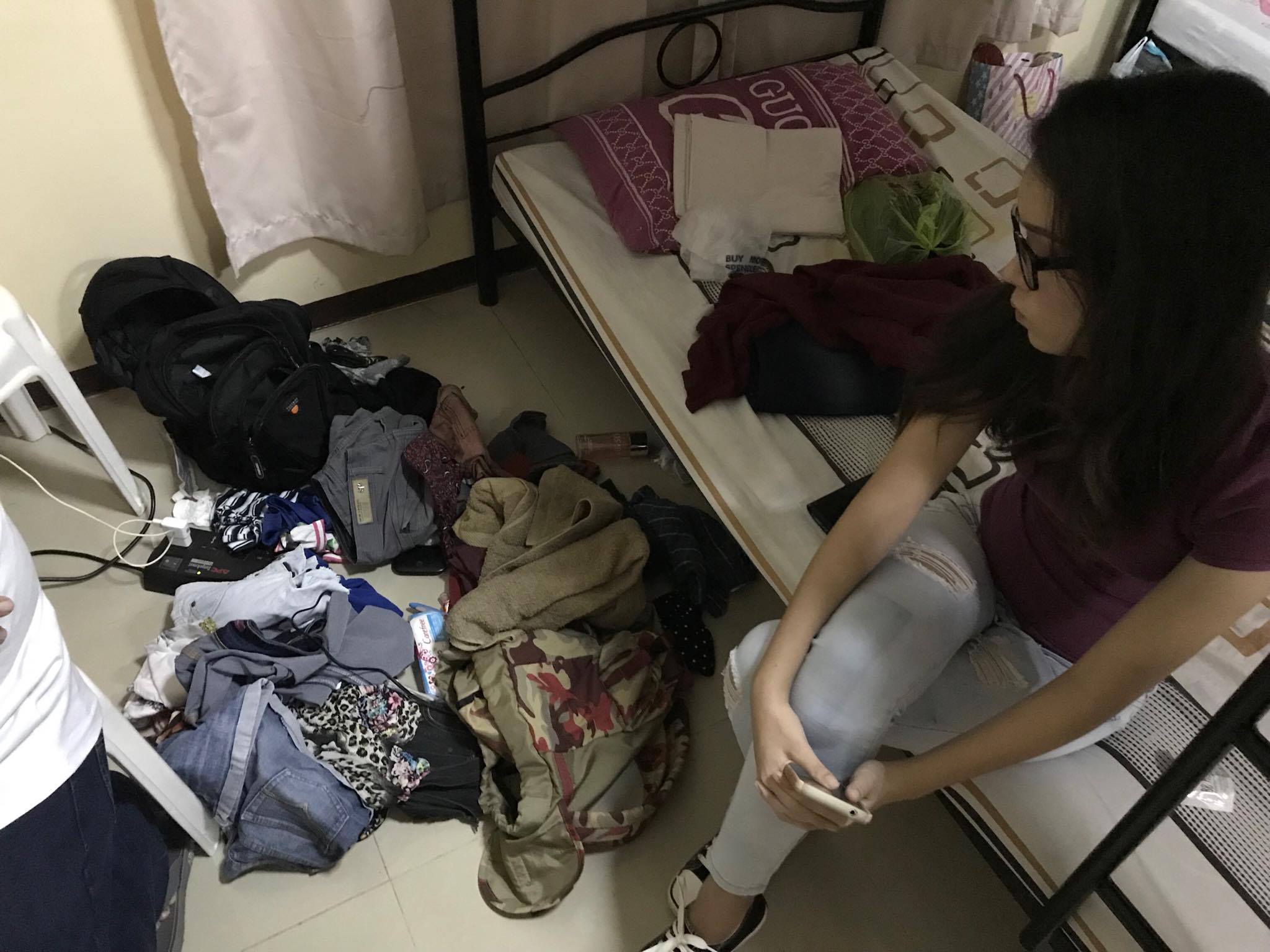 BAYBAY CITY, Leyte — A few days left before the #SCUAA2017 games and Southern Leyte State University (SLSU) was greeted with burglary, a few hours after their arrival on December 4, 2017 at the VSU apartelle.

Cultural Director, Gilbert Siega, along Mr. and Ms. SCUAA candidates, Mr. Reigndoulf Quirong and Ms. Caitlyn McGinnis visited VSU for the SCUAA shoot scheduled afternoon of December 5, 2017. The three delegates who were housed at the room P6, came back from having dinner, with their things strewn everywhere and their valuables lost. The Cultural Director explained that he checked the doors to ensure it was locked before leaving the room, going as far as pushing it several time.

“Before we went out to eat, we relaxed in our room for a little while. It was around 6:30 that we left and I really checked the door knob, I pushed it several times just to make sure it was locked before turning off the lights and leaving,” Siega explained.

A laptop and pocket Wi-Fi, which were SLSU properties, were missing, with Siega's backpack and Quirong's slippers.

Siega immediately approached the receptionist where she called for the VSU guards.

“The response was slow, the receptionist made a call, and it took a few minutes just for them to arrive here. When the guards arrived, in the first few minutes they didn’t do anything, they still had to call someone. But they were able to inspect the room,” Siega disclosed.

“The door was locked, but there was no sign of ransack at the back or the main door. There was no evidence of forced entry,” Virgilio Escasinas of VSU’s security team disclosed after inspection.

Worried for the safety of the candidates, Siega called for the local police explaining he wanted the case to move further and an investigation to take place.

The PNP arrived and did their part in cracking the case.

Eyewitnesses said they spotted a thin man, aged about 20 to 25, was wearing black clothes and eye glasses sitting in one of the benches near their room. He looked like he was calling someone for awhile, before leaving with a backpack.

VSU Pres. Edgardo E. Tulin personally went to the delegates immediately after the incident, and apologized for what happened.

In a Facebook post, the President promised to investigate and catch the person responsible for the recent theft with the help of Philippine National Police (PNP) and the Local Government Unit (LGU).

“Earlier this evening, one room at the VSU Apartelle was looted. The SLSU cultural director and their Mr. & Ms. SCUAA candidates, who were billeted there, lost a number of items, including a government-issued laptop,” Dr. Tulin said.

“So I went there personally to apologize for what happened. I directed the VSU Security Office to work with the PNP and Baybay City LGU to investigate the incident and catch whoever is responsible for the theft.”

Twice in a row

The Apartelle Receptionist, Ms. Ariane Napiere, revealed that this is the second robbery that happened within the week, and in the same room.

“Earlier, when I arrived for my shift, my co-worker told me an occupant was robbed. He didn’t say what room it was so I assigned them [SLSU delegates] that room since there were only going to be 5 of them,” Napiere said.

The VSU Alangalang robbery is the first thievery incident that happened in the Apartelle after many years, the receptionist said.

“The housekeeper, who is assigned to clean that room everyday, told me that she knew it could happen because she said that the door knobs looked like they could easily be unlocked,” Napiere disclosed.

VSU Sports Director, Ms. Aleli Villocino, expressed her disappointment upon hearing the statement, saying that “if things like this are noticed, supervisors should be informed of the situation immediately so that proper action can be taken.”

Other SLSU delegates are expected to arrive in the morning of December 8, a day before the official start of the #SCUAA2017 games.