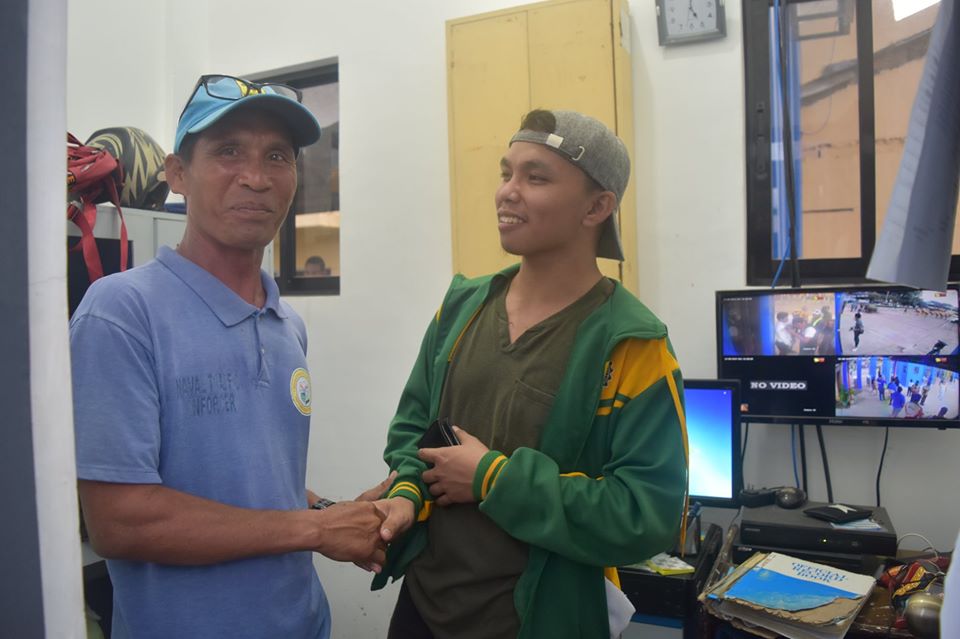 NAVAL, Biliran - A traffic enforcer returned a wallet with cash amounting to a total of P11,720 on December 9, Sunday.

Charito Arnejo, a traffic enforcer on-duty near the Biliran Province State University (BiPSU) was approached by a student informing him of a wallet possibly lost by another fellow-studnent. Arnejo immediatley coordinated with the BiPSU school security in an effort to locate the owner.

The wallet belonged to a State Colleges and Universities Athletic Association (SCUAA) participant Kristian Rio Phyl from the Eastern Samar State University (ESSU) delegation. According to Phyl, he lost his wallet in a printing shop when he had his ID laminated.

"I realized my wallet was missing from my bag when we returned to BiPSU. So, we went back but was told it was not there,” he said in Waray-waray.

He could not contain his delight when he reported to the the school’s security.