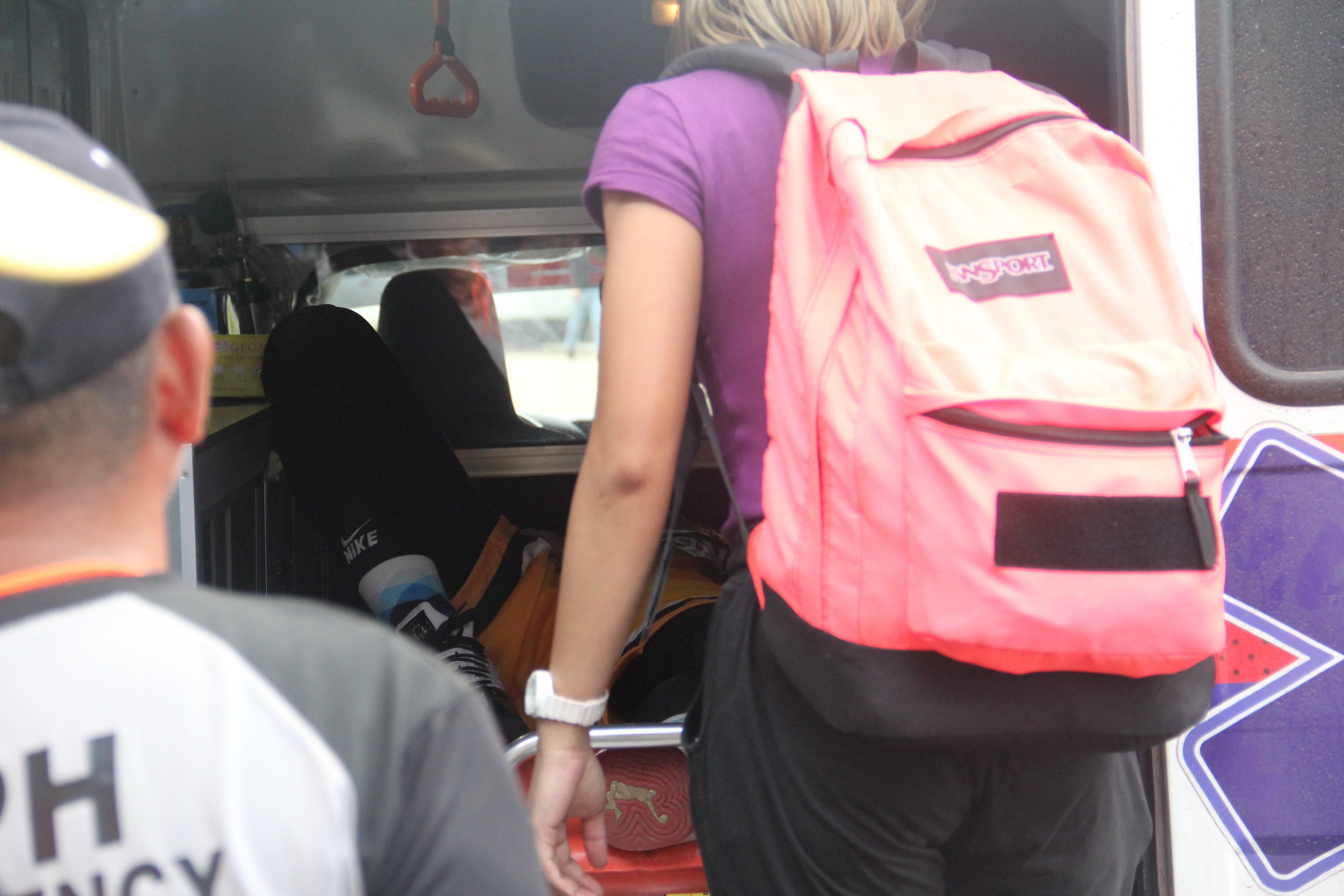 [When he blocked the opponent and was hit in his leg, he lost his balance. So, his shoulder was hit first.]
Rescue Unit of Biliran quickly responded and brought Barcus to the Biliran Province Hospital.

In an interview with Dr. Elwin Jay V. Yu, chief of VSU Hospital he stated that Barcus is stable now but he also advised the player not to play his future games yet.
Barcus is a fourth year BS in Animal Science student who has a history of a left shoulder injury from one of his rodeo games.