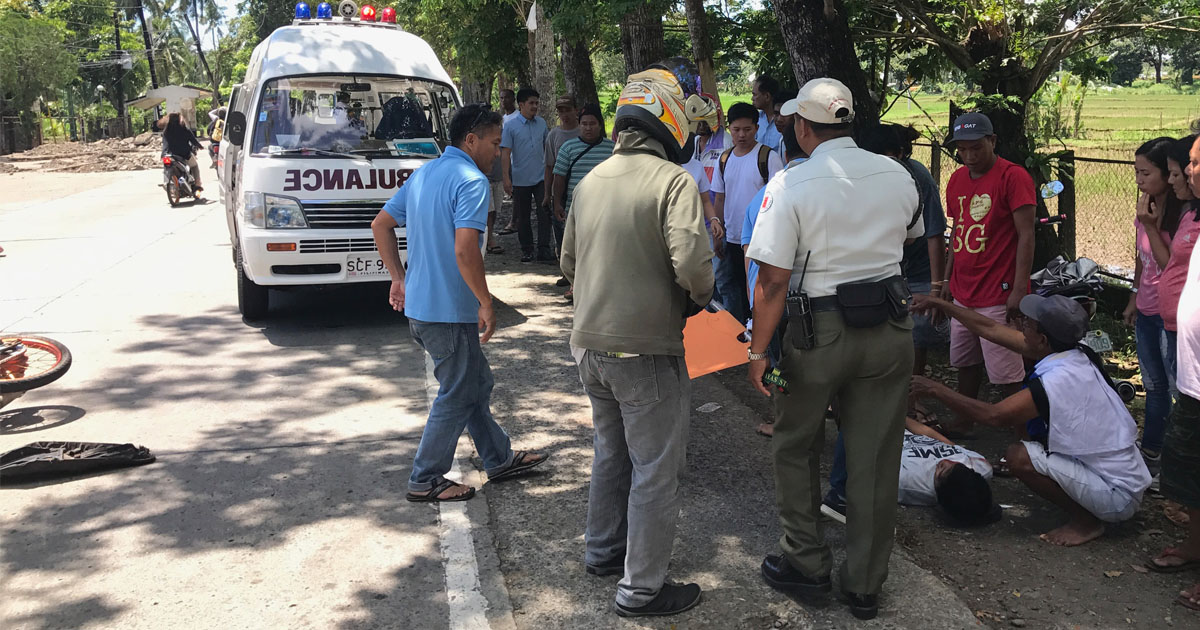 BAYBAY CITY, Leyte — Despite rumors of his death after he figured in a motorcycle accident a few weeks ago, mechanical engineering major Von Jeric Basa is now back in campus, even attending classes.

Basa was hit by a motorcycle while he was crossing the national highway from the VSU upper campus to the market, past noontime on March 22, Wednesday. The driver was another VSU student, Shahanie Justice Hadje Cosain, an agribusiness major.

In the police's blotter report, a witness said Basa was on his phone then, and did not use the pedestrian lane. The report further said that Cosain did not have a driver's license, and her modified motorcycle was not registered.

Basa explained that he was on the way to an exam and got busy using his phone before crossing the street.

(It’s not that I was in a hurry, rather I was unaware I already crossed the street while using my phone.)

Basa sustained two minor injuries and was unconscious for a few minutes after the incident, before being rushed to the VSU infirmary along with Cosain.

(I have bruises in my shoulder and a small wound on my head.)

Meanwhile, Cosain also attained minor injuries in her right arm, knee and face. Basa and Cosain were transferred to Ospa Farmers Medical Center shortly after. Both of them were discharged at the same time a day later.

Basa is already back in the university and is now attending his classes. Cosain, however, is still unable to return to campus because of her face injury but planned to come back before the Holy Week holidays.