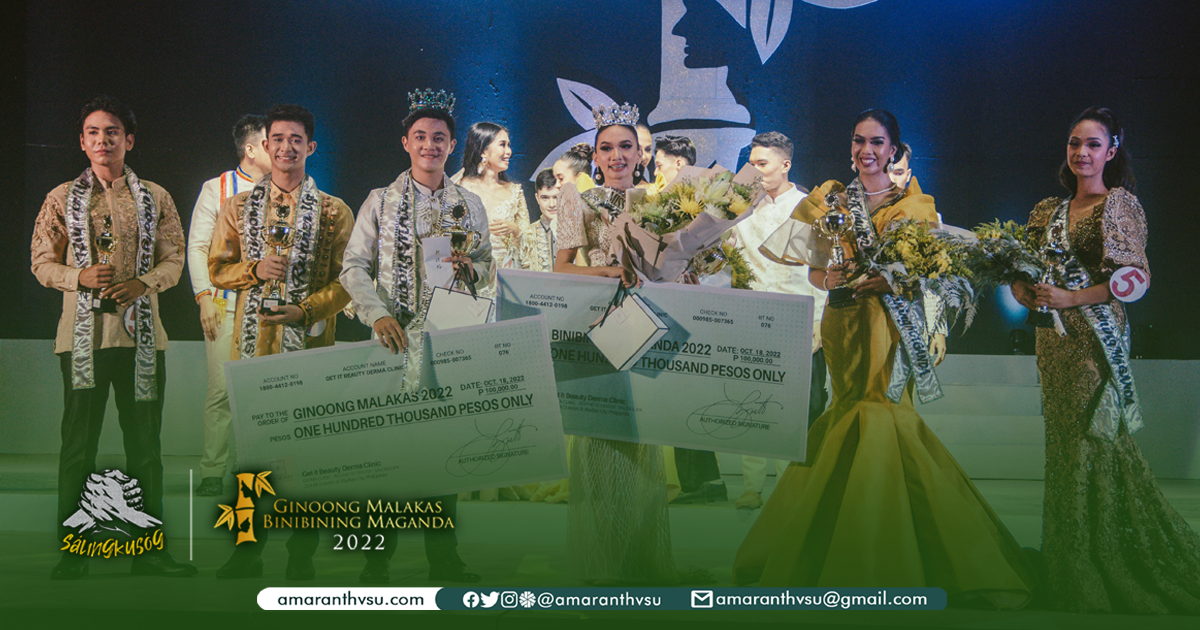 Manggay and Namia bested eight paired candidates from the five competing factions in a series of scored exposures including production number, swimwear, sportswear, and formal wear.

Namia stressed in her final answer that global mobility can assure student-athletes to not just practice sportsmanship but also cultural competence, ultimately leading her to the crown.

"One of the nine centers for the youth participation according to the national youth commission of the Philippine Youth Development Plan, global mobility ensures that there is a cross-border exchange among students. I believe that if our student-athletes will be engaged in global mobility such as if we engage them in student exchange programs, if we will let them have the opportunity to go abroad and be one of the students abroad, then we will be able to teach them cultural competence, cultural humility because I believe in that way we are not just honing our student-athletes to be strong, to be courageous, to be sportsmanship but we are also teaching them to be globally competent in terms of cultural humility and cultural competence," Namia said.

Meanwhile, Manggay expressed the importance of maintaining physical activity, giving one of the most compelling responses of the night.

Soaring Phoenix's Raniell John Mercado along with Nika Mae Rimandiman of Growling Manticore were hailed as first-runners up while Kyle Matthew De Dios and Erika Mae Oliveros of the Mystical Sphinx rounded up the winner’s circle as second-runners up.