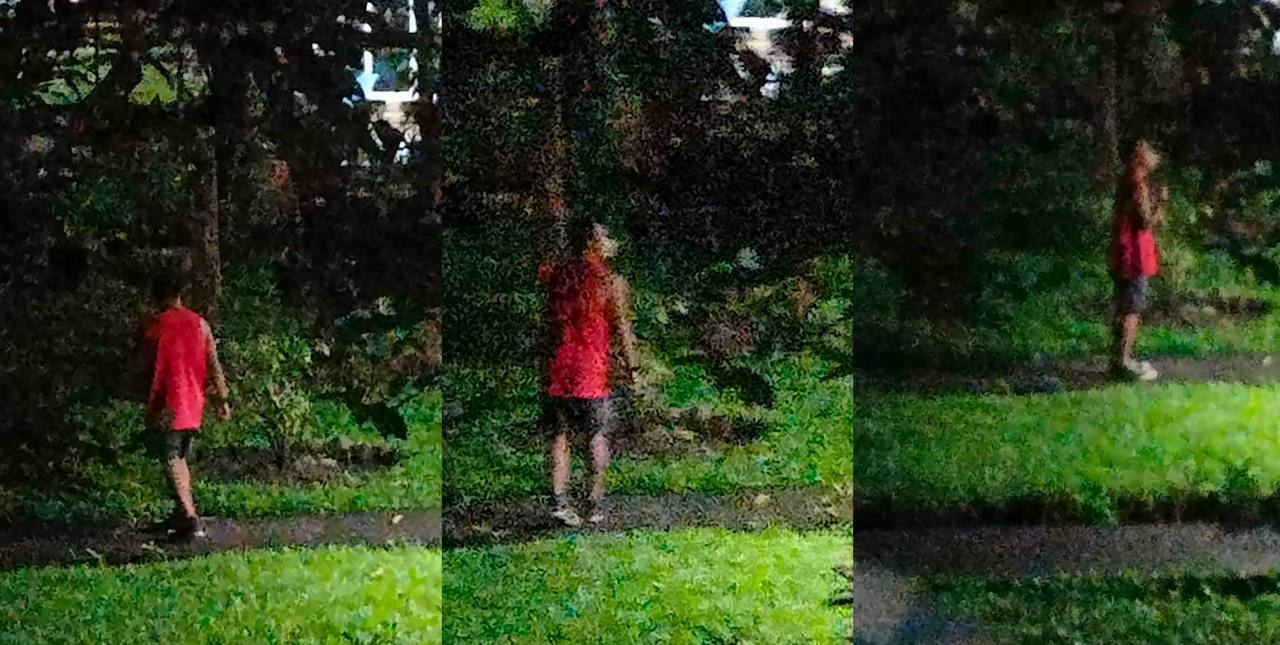 Occupants of the university's upper campus dormitories were alerted of a sighting of an unidentified man who was repeatedly “lurking” around the student accommodations vicinity between 7 PM of October 27 to past midnight.

An occupant from Mariposa Dormitory, an all-female accommodation, stated that she and a friend were already approached by the man they described to be in his thirties at 7-8 PM near the Institute of Human Kinetics (IHK) IHK premises asking what dormitory they live in and if they saw his “yellow jacket” he allegedly left inside the dorm; to which they did not respond to and lamented not noticing a jacket.

Mariposa Dormitory adviser, Ms. Shang Amador, said that the man, described as wearing a red sleeveless shirt, blue shorts, converse shoes, and a surgical face mask started approaching the building at 11:53 PM just when they turned off the lights.

[We turned off the lights in our playing area and living areas. At exactly 11:53 PM, lights (were) off, and total silence when he approached the dorm. Luckily, we are nocturnal so we are awake (at that moment).]

Ms. Amador, while still inside her dorm room, asked the man what he is there for; to which the man replied the same—he is looking for a “yellow jacket” he allegedly left inside the dorm. Ms. Amador also asked the man where he came from to which he answered that he is from Patag and went away. Whilst talking to the dormers, they noticed the man to be back after 5-10 mins, past midnight, looking again for his “yellow jacket”.

“…same conversation, yellow jacket and all that then told him I would call security. He said ‘sorry ma'am’, he went away padung (towards) DLABS.”

Some Mariposa occupants said they felt “a little panicked” because of the incident calling it an “uncomfortable” situation.

This isn’t the first time dormitories were targeted, especially the ladies dormitories. To note, a male trespasser was caught inside Ilang-ilang Ladies Dorm on September 06, 2020. (Read here: https://amaranth.vsu.edu.ph/news/319-male-trespasser-caught-inside-ilang-ilang-ladies-dorm)

When asked about her plans ahead as a dorm adviser, Ms. Amador said that the architectural design of the dorms is “not safe” and that “anyone can easily climb inside” if they really want to. She iterated the importance of having lights, CCTV cameras, and a guard post near the dormitories.

“This is really beyond us kay we can only do so much like being on high alert, observant sa mga strangers and all that... watay mahimo sa ato architectural design nga dali ra makatkatan ug kawatan.”

[This is really beyond us because we can only do as much like being on high alert, observant on strangers and all that… we cannot do anything with the architectural design that can be easily be broken into.]

Meanwhile, other dormitories have already taken photos and videos of the man in the dormitory vicinity. The university security then took over the situation.

The security personnel also told the occupants to report suspicious persons and other incidents to security immediately. The security office is yet to comment on this as well as the university administration.

This is a developing story.