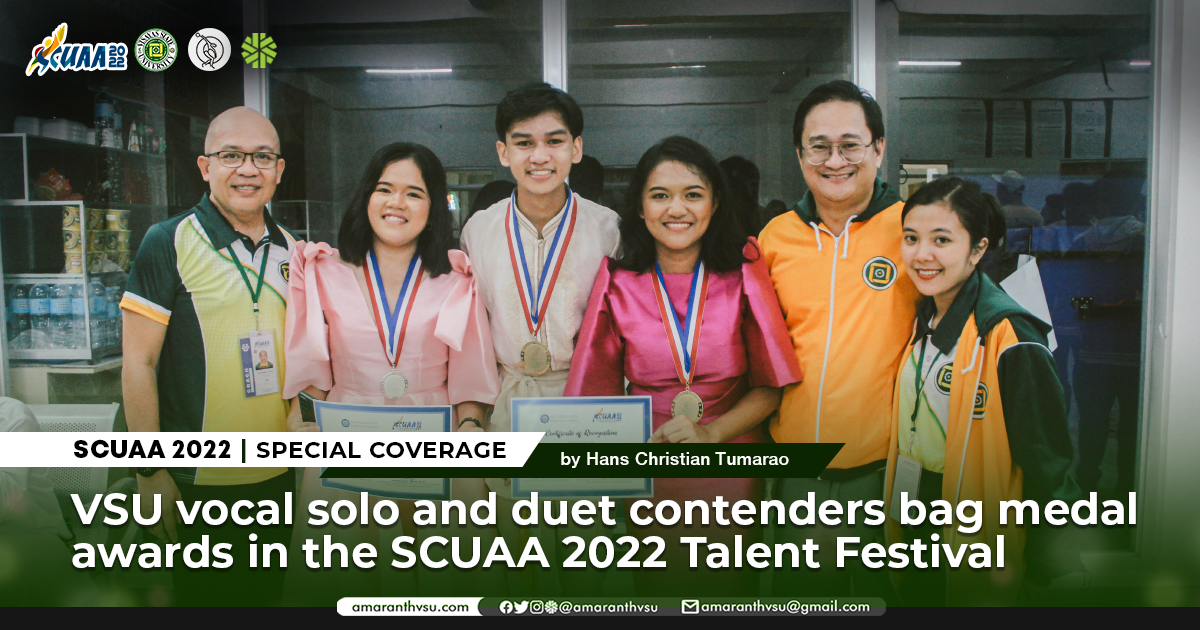 Joshua Dayandayan and Noeleen Restor performed their own rendition of Ikaw ang pangarap by Martin Nivera.

(For me, when they announced the third and the second, I was like … accepting what’s about to come and that this is where it all ends but the Lord is truly great. He [Lord] can really turn things around. Amazing! First placer, all for Visayas State University)

In another interview with Amaranth, Restor also expressed her gratitude.

(My mind is still processing, that I should maybe accept whatever the results are. Unexpectedly, we became a first placer. There’s nothing more that came out from me but the tears of joy, so I cried for all of this.)

Moreover, Mary Grace Gara secured the silver medal in the vocal solo competition. She performed her own rendition of Tagumpay Nating Lahat composed by Gary Granada and performed by Lea Salonga.

Gara expressed her loss of hope for a win but was later surprised.

“First of all, I’m so grateful and blessed jud to have this because wa ko mag expect nga maka daog kay all the contenders were so good. Mao to wa na ko mag expect pero pag announce nga I was the winner, I was surprised, happy, and had mixed emotions.”

(First of all, I’m grateful and blessed to have this because I did not expect to win this award since all of my fellow contenders were so good. That’s why I didn’t expect anything but when they announced that I was the winner, I was surprised, happy, and had mixed emotions).

On the other hand, the top 3 of the street dance/pop dance competitions are as follows: