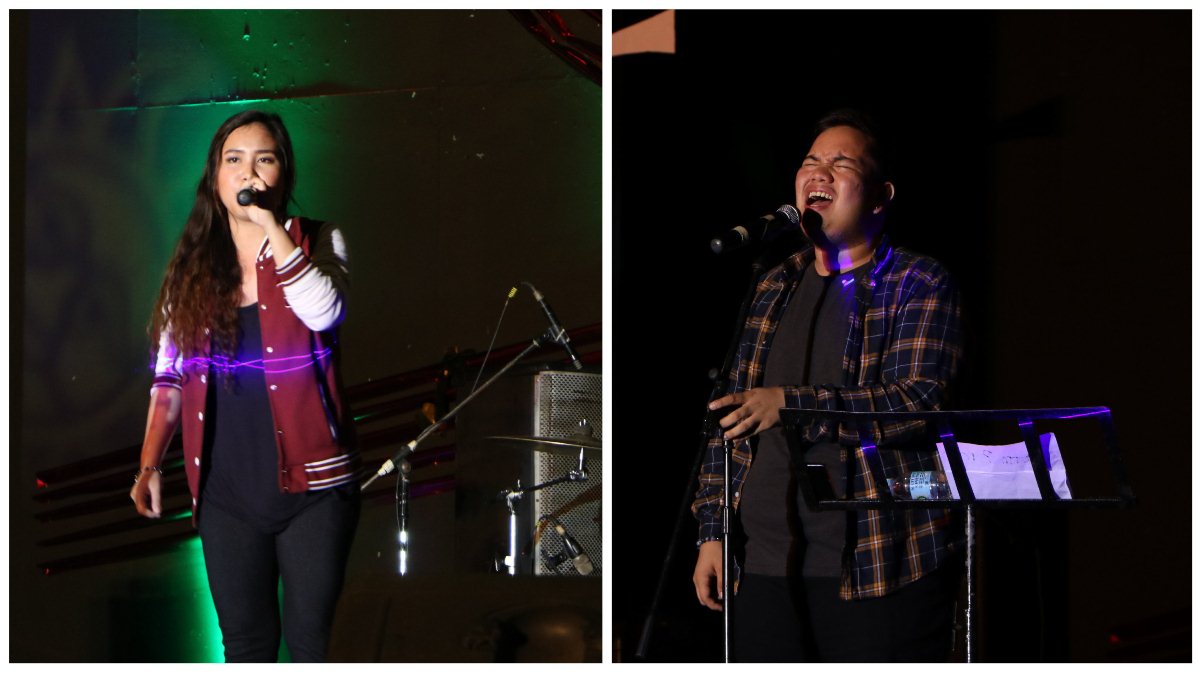 Fick is a singer, theater performer and photographer. His song entitled “Hahahasula” gave him a break in the singing industry.

Villaflores is also a singer, song writer and the VisPop Grand Winner. She is known for her famous song “Duyog”.

With their good quality of voice, "hugot" songs and amazing performances, these artists proved that Visayan Songs can still capture the taste of today's listeners.

Villaflores sung 7 songs and 6 songs from Fick. They also performed a duet song which was placed as special number. There were also special performances from 'Age Doesn’t'  Band, Gino and the Hotdogs, Yaw Takis and Jores Jay Truya.

“I liked the show! It was so cool, well organized and at the same time, Kurt and Jewel really did a great job in entertaining and sharing their amazing hugot songs. They did not disappoint the crowd”, said Kathleen Parrilla, 4th yr BS in Agri Business who witnessed the event.

Meanwhile, Jefrey M. Vilbar, event director of the said show, was thankful for its success.

The proceeds of the event will go to the Holy Spirit Parish Foundation Center and Dormitory.