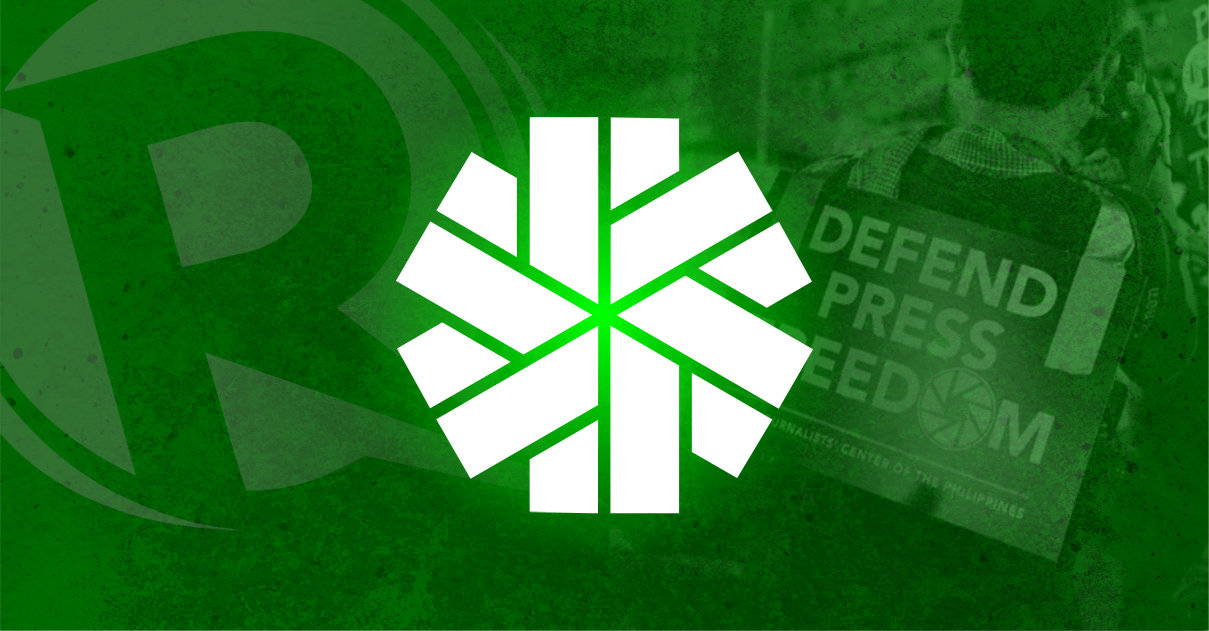 We at the Amaranth have been receiving a lot of backlash from several people, especially from our very own alumni, after we declared our support for online news organization, Rappler. This was after the Securities Exchange Commission (SEC) revoked Rappler’s registration, in haste, alleging that Rappler was not 100% Filipino-owned.

Since then, Amaranth has been receiving unfair accusations and vicious attacks. We have been labeled as idiots, we were accused of getting pay from other entities, and the most alarming is that someone wished that our staff be raped and murdered. We know that all media organizations are at the receiving end of these kinds of attacks. This is the new normal we’re living in.

But allow us to explain to you in detail how a publication should function and what is our stake in this very issue.

The Amaranth is an autonomous student organization, free from control of the VSU administration, the University Supreme Student Council (USSC), or any other organization within the VSU system. Though we are the official student media organization of VSU, our views and opinions do not necessarily reflect that of the VSU community and the majority of the students. While it is important for us to know the pulse of our students, this does not mean that we should always carry the majority’s opinion. Journalism is never a number’s game. It’s not about being popular.

We call this ‘Editorial Independence’, and this liberty is granted to us by law through Republic Act 7079, or the Campus Journalism Act of 1991.

Just like any other media organization, Amaranth is not neutral. We have our own biases. We look at the world through our own subjective lenses, as student journalists, shaped by the experiences and opinions we grew up with. But this bias helps us take principled stands on the affairs where students and fellow journalists have a stake.

We hold the belief that we cannot really see things objectively. But that’s okay.

Amaranth is in the business of journalism, and journalism is not about objectivity, but about truth and fairness. We are after the truth. And more often than not, the truth hurts. But fairness means we give everyone a chance to air their side of the story.

In 2016, we made a bold leap to extend our coverage beyond the school walls. But this does not mean we have abandoned our main stakeholders: the VSU students. They remain our top priority.

But the wider scope means we see more injustice and greed unaddressed, so we decided to also look into the bigger national issues that are equally important to all of us. While we keep track of how this new administration is enacting its policies, we have seen a pattern of discrediting and demoralizing the media and other democratic institutions. But our audience took this differently, calling us “idiots” at the same time telling us to focus on covering issues centered on the student’s welfare.

We hear you loud and clear.

That is why we have also covered very important student-related issues in 2017 like when some graduating students were disallowed to graduate because of mere administrative clearance. We even wrote a series of stories about the application for the P5,000 Yolanda aid. Or most recently, do you also remember how we documented the throwing of personal belongings of our dormers for SCUAA?

To our VSU alumni and our other critics, have you really been this concerned over the welfare of VSU students before? Why did you even miss that we boldly covered these stories? Our social media engagement only shot up when we openly supported Rappler in their battle against SEC. Are you only speaking now because we have touched your egos by speaking against the politics you support?

If you were really for the “rule of law”, why did many of you sing a different tune when the police were on a killing spree of alleged drug addicts? Why did we not offer them due process instead of murdering them right away? Or since you are so invested in opposing foreign ownership, why are you being silent on the West Philippine Sea issue now that China has occupied our islands and converted them to military bases? Where do you stand about the proposed constitutional amendment by the Philippine President to ease restrictions on foreign investments and allow foreign companies to own more than 40% of our existing businesses?

We see these inconsistencies. That’s why we remain unshaken from the pressure of the many supporters of the President, and the clamor of the mob. After all, we believe it is in our best interest to open the minds of the students about the national issues that will have direct impact to them.

Finally, Rappler’s association with our Amaranth advisers, Jed Cortes and Derek Alviola, has nothing to do with our denunciation of the SEC ruling. Amaranth’s Editorial Board functions independently of its advisers the same way it is independent of the student body. Our advisers’ responsibility in the publication is limited mostly to technical and administrative guidance. This means, we are free to accept and reject inputs from them. We can even strip them of their titles as advisers if we see fit.

Amaranth’s statement of support for Rappler was personally written by the current Executive Editor, Jamie De Veyra, after consulting with all the members of the Editorial Board.

And none of us were paid to support them. The decision to support Rappler in their trying times was the board’s own discretion. We have seen their journalists and editors up close, and they are nothing like the monsters people portray them to be. We have even seen them as our active partners in pursuing social good.

We stand by our principles, and our stand remains even after all the vitriol hurled back at us.

We believe that the revocation of Rappler’s registration by the SEC is an issue of press freedom and freedom of expression.

To begin with, why did the Solicitor General Jose Calida request a probe shortly after Duterte said he would go after Rappler? Moreover, why were they in such a rush to revoke Rappler’s registration when they had allowed enough time for other corporations with similar financial woes to address their problems? If the only problem was a single clause, why not ask Rappler to refer it back to Omidyar Network? Why does the Department of Justice (DOJ) appear to be in a witchhunt to look for additional criminal liabilities from Rappler a day after the SEC ruling was issued?

All these are the things we see while we are paying close attention to this very issue. We knew the moment we read the news that student journalists like us have a clear stake on this issue.

After all, this kind of political maneuver is not new. In the 1970s, during the Martial Law Era, mediamen and other personalities critical of Marcos were taken to military camps for investigation and detention. Media companies were shut down and closure of the campus press followed soon after. Press freedom died in the process. We say ‘never again’ to this kind of repression.

The Philippine media landscape of today share some commonalities with that of the Martial Law era. The Philippine Daily Inquirer was the first target. Rappler is now under fire. Who will be next?

Although Rappler’s case is appealable in court, we cannot turn a blind eye on how this government is using the punitive functions of the law to get back on its critics. We must be vigilant. For the many journalists in the country, our current situation looks dark and dreary, when the President himself continuously makes direct threats at the media.

The student press is the press that is most easily harassed, threatened, and silenced. We won’t let our guard down because this is not just about Rappler. It’s also about us.