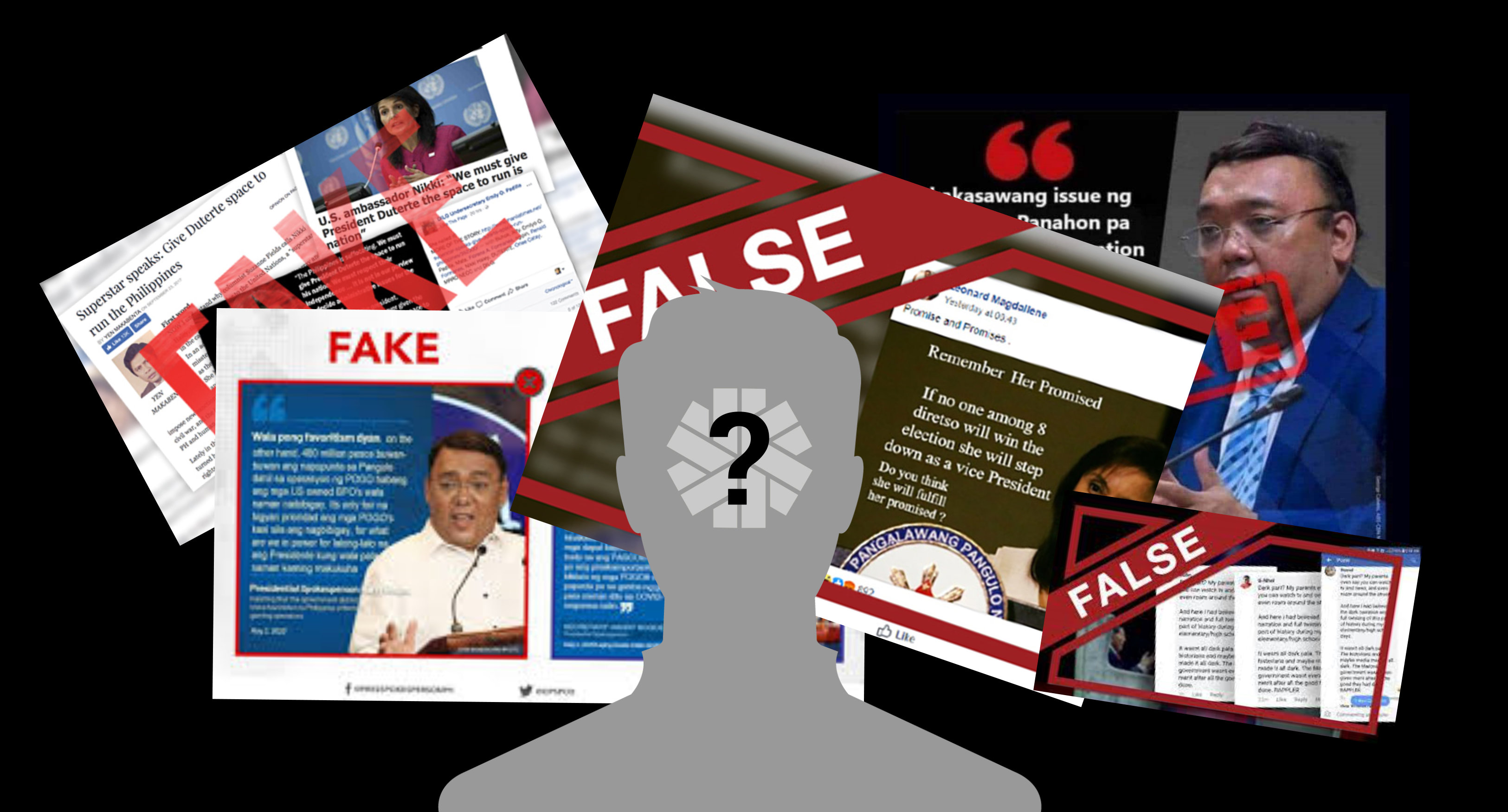 Consider this; you are freely scrolling through social media. Then, you encounter a legitimate-looking article that a lot of people shared and some of them are your friends. You merely read the headline in bold font and immediately concluded that what’s inside is accurate. You are quick to share it on your timeline, one that is visible to another set of people who are just as shallow as you are. But little did you know that what you shared has been flagged as false information by independent fact checkers. What’s even more troubling is that you have no idea about this. Now, you are unconsciously faced with the dilemma of ignorance and misinformation.

The COVID-19 pandemic and the upcoming elections have caused a significant increase of widespread misinformation, which has turned into a pandemic of fake news on its own. Hundreds of articles have been written, published, and shared across multiple social media platforms everyday. It is not, however, a guarantee that all of these articles are spreading the truth. We are now responsible for verifying the information we come across before sharing it. As a result, you are helping the community by being a responsible reader. The number of fake information on the internet is heavily competitive against legitimate sources, which makes it difficult to distinguish the truth from falsities.

Rappler CEO and 2021 Nobel Peace Prize Winner Maria Ressa once said, “When a lie is told a thousand times, it becomes the truth.” In a society where a neighbor’s truth is perceived to be more reliable than legitimate sources as influenced by the digital world, many have succumbed to lies and chose to believe them rather than the truth.

It is natural for people to have biases, as it is part of the human’s preferences based on their individual beliefs. This typical mindset displays the dangers of cognitive biases that are products of our evolutionary pasts and experiences. The survival instinct of humans is to behave according to these biases. People who have long been victims of misinformation, on the other hand, tend to be overly proud of what they believe in. They are so devoted to their beliefs and opinions that they refuse to change their minds even when confronted with new information— and this type of behavior is far more dangerous than it appears.

People who refuse to be educated with facts become hoarders of false information. They only seek information that validates their current beliefs and appeals to their preferences. They become obstinate—indignantly resorting to insulting phrases like "respect my opinion" even when confronted with facts. Most of them fail to recognize that people only have a right to their own opinions, not to facts.

The abundance of information leads to an overload where people find it challenging to process numerous materials at once, thus, letting their biases decide which information they should consume. People who are susceptible to the influence of misinformation are more likely to seek information that best corresponds with their pre-existing beliefs. As Nobel Prize-winning economist and psychologist Herbert A. Simon put it, "What information consumes is rather obvious: it consumes the attention of its recipients."

We can strive to be more inquisitive by paying attention to the source of information and doubting our own conclusions if we are unsure. After all, we bear the responsibility for how we perceive information and how we choose to change ourselves as a result of it, for better or worse.