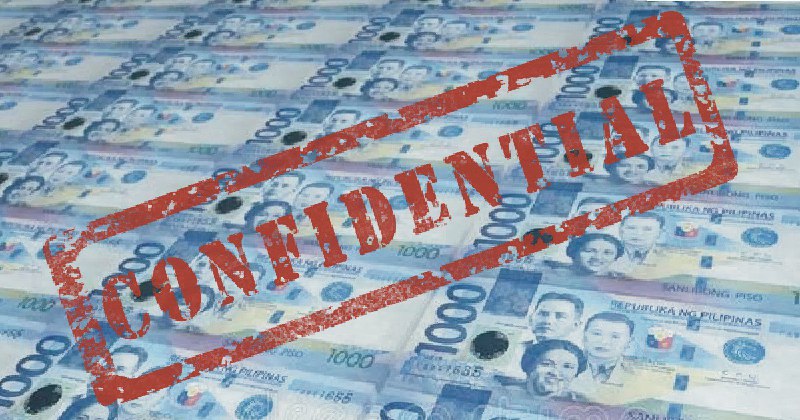 According to the 2015 joint resolution between the Commission on Audit (COA), the Department of Budget and Management (DBM), the Department of the Interior and Local Government, the Governance Commission for Government-Owned and Controlled Corporations (GCG), and the Department of National Defense, confidential funds can only be used when purchasing information relevant to national security, peace, and order, etc. However, the request for confidential funds has grown over a hundredfold, technically reaching millions and billions of pesos. Given its nature, this appalling increase in confidential funds raised people's concerns. As expenditures can barely be traced and audited, it makes an easy excuse for corruption.

A confidential fund is a budget that cannot easily be audited; it is a large amount of money entrusted to a certain office to sustain its operations. However, as disappointing and heartbreaking as it is, we all know the prevalence of corruption within the walls of government offices, proven by multiple counts of graft, bribery, and embezzlement of some government officials who hold higher positions; likewise, in the senate who are still able to rerun even after arrest. Thus, it is natural for us to be skeptical, inquisitive, and concerned about where these augmenting lump sums of money are going, especially in the middle of a crisis. Even Senate Minority Leader, Koko Pimentel, asked why the government asked for confidential funds in the middle of a crisis after the government appealed for P9.3 billion in confidential and intelligence funds in the proposed P5.268 trillion national budget for 2023.

It is only right to demand that our government officials show transparency and accountability, especially right now that we're in a crisis. A larger sum of confidential funds is insensitive to the current situation of the country. Isn't it much better to allocate the budget to somewhere it can be utilized transparently? The Philippines is in a crisis right now, and transparency is crucial; the Filipino people should be informed on how the government governs. In this way, the government can build trust with the public.

In a statement from DepEd undersecretary Ernesto Gaviola on September 14, he said that they have no budget for the education of "learners with disability". Why not realign confidential budget funds requested by the department to such causes?

Leaders should start and end with a clean slate. Transparency and accountability are essential qualities that leaders must possess. Are we setting the standard for government officials so low that they get comfortable with advocating for larger confidential funds during a crisis? Dear citizens, when will our famish and thirst for transparency and accountability be satiated and quenched?