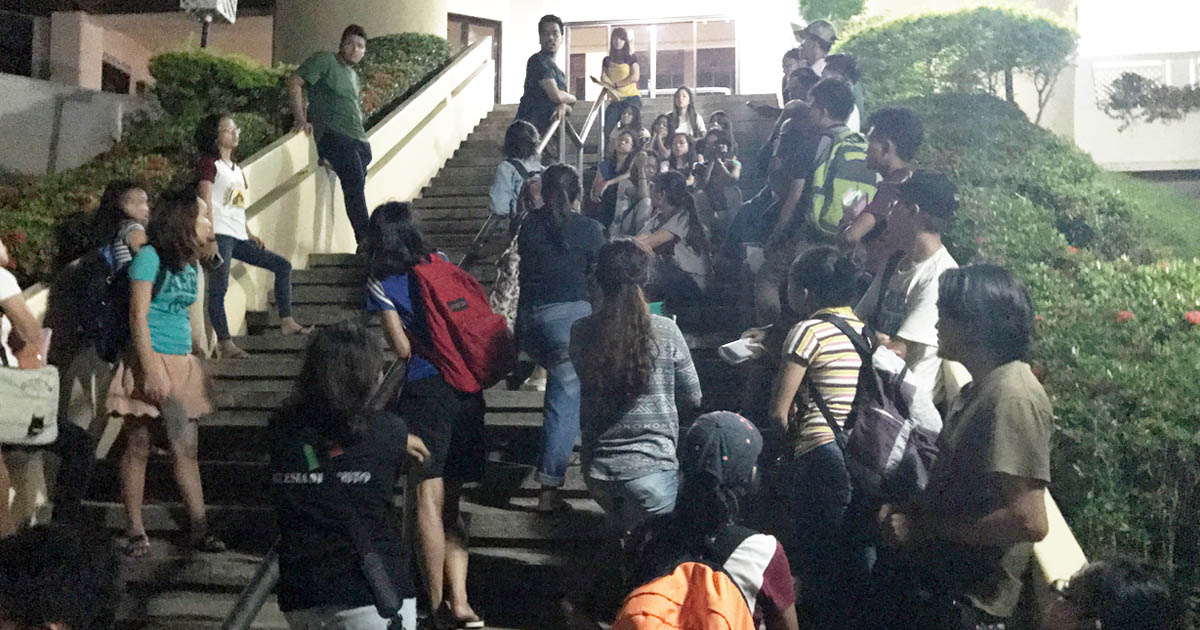 At around 1 AM on June 8, Thursday, at least 50 graduating students found themselves stuck in graduation limbo. The last signatory, Dean of Students Prof. Manolo B. Loreto, refused to sign their graduation clearance because the students arrived past the deadline. He and his staff at the University Student Services Office waited until 1 AM before going home.

According to the VSU Academic Calendar, the deadline to submit all graduation requirements was on June 7. The administration already extended it to 12 midnight of June 8.

The students, however, insisted they made it to the 12 midnight cutoff at the VSU Library, showing their clearances signed by the third and second to the last signatories: Ms. Andreli D. Pardales, the University Librarian, and Mr. Eliezer Velasco, the University Registrar.

Dean Loreto told student regent Mr. Mark Michael Unlu-cay that he couldn't do anything about it, saying the students didn't really make it in time and he was just following the rules. He further added that he wasn't given any authority from the higher ups, like the Office of the Vice President for Instruction, to extend the deadline on his end.

Unclu-cay filed a petition addressed to the President, Dr. Edgardo E. Tulin, to let the students through.

In the formal letter, the student regent appeals that these students, whom they are expecting to reach as many as 200, be allowed to finish their graduation requirements given that "before 12 midnight, these students were already queuing either at the Library or the Registrar Office," and "in the past years, the University has approved the graduation of students who already reached the Library to comply with their academic requirements."

He is set to meet with Dr. Beatriz Belonias, Vice President for Instruction and OIC-President, in the morning of June 8, Thursday, to discuss the petition. (See story here: President Tulin ok’s graduation petition of 73 students)